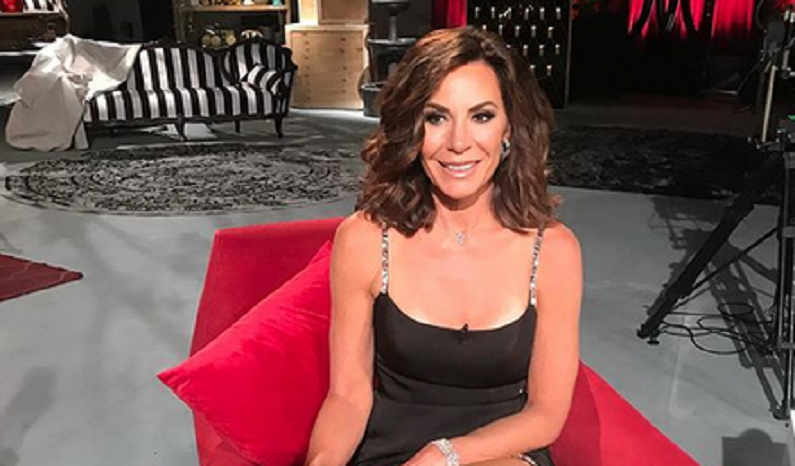 The Real Housewives of New York star Luann de Lesseps shared her drinking journey. The reality star has gone through a lot with her drinking. But nowadays, Luann feels that she’s in a better place. In a new interview, the Bravo personality revealed the moment when she decided to start drinking again.

Fans were shocked to see Luann drinking again this season. She picked up a glass of vodka, shrugged, and sipped it. Even her RHONY co-stars were in shock. However, it wasn’t as easy as it looked. Luann admits that it was one of the hardest moments she ever had to live through.

The Countess appeared on Thursday’s episode of Watch What Happens Live with Andy Cohen. One RHONY fan asked Luann de Lesseps if “all the sober talk” she made in Season 11 “was just for the camera.” That’s when Luann addressed her decision to start drinking again. She clarified that at the time, she “had to be sober because I was on probation.” However, Luann admits that it was a “heavy thing to live with.”

“If I had a drink, I could go to jail,” the reality star said, as per People. “It was one of the hardest things I’ve ever had to go through.”

Luann then made a conscious decision on whether to drink again. The decision simply came down to how she was feeling in the present moment.

“When I got through to the other side and I really had the choice myself to decide if I wanted to drink or not and I felt in a good place and I felt I was back in the driver’s seat,” Luann explained. “Now I don’t have anybody watching over my shoulder except for me. I got through it and thank god.”

The reality star’s appearance on WWHL comes after she spoke to Entertainment Tonight about the group’s excessive drinking. Some fans feel that it’s gotten out of control. Luann agrees that some of her co-stars “need to be more careful and more aware” when it comes to their alcohol intake.

Luann de Lesseps revealed that Dorinda Medley criticized her drinking problems in order “to make herself feel better” about her own drinking. Thursday’s episode of The Real Housewives of New York showed Dorinda criticizing Luann for her past struggles with alcohol. She even brought up her 2017 arrest for disorderly intoxication and battery on a police officer. Dorinda mentioned the arrest when Luann told her that Ramona was judging Dorinda’s drinking.

During her appearance on WWHL, Luann doesn’t feel that Dorinda brings up her drinking in order to attack her. She feels it has to do more with how Dorinda feels about herself.

“I just think it says a lot about her that she has to make someone feel bad about themselves and shame them in order to make herself feel better,” she explained. “I don’t think it’s about me.”

Dorinda previously revealed on WWHL in July that she “felt terrible” about her comments. She feels that her fight with Luann went too far.

The Real Housewives of New York airs Thursday nights at 9 p.m. ET on Bravo. So make sure you don’t miss upcoming episodes.