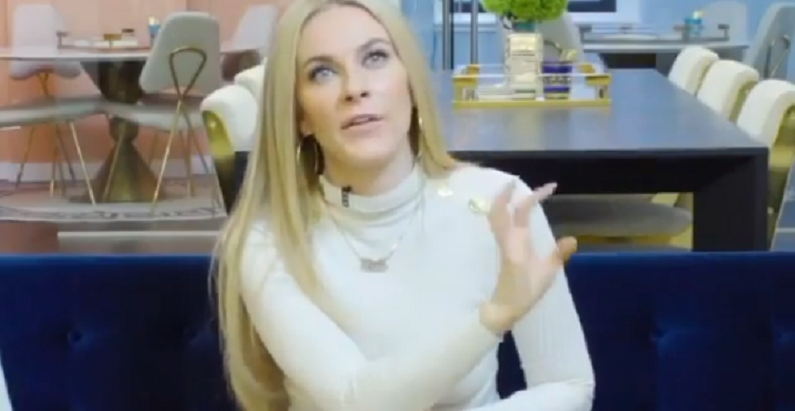 Leah McSweeney is the new kid on the block. She joined the cast during Season 12 of The Real Housewives of New York. Now, she’s calling for more diversity on the show. Leah is hoping to see some major changes come underway for Season 13. This comes on the heels of the RHONY Season 12 in-person reunion, which wrapped up filming this week.

The 37-year-old reality star spoke to Page Six about the lack of diversity among the cast. Leah doesn’t feel that the show accurately portrays New Yorkers. She sees more diversity when she’s walking down the street. Leah hopes that Season 13 will represent different races.

Leah McSweeney calls for RHONY Season 13 to be more diverse

The Married to the Mob designer feels that New York City is a melting pot of different races. It’s culturally diverse and that should accurately be represented on the Bravo series.

In an exclusive interview with Page Six, Leah McSweeney called for more diversity of The Real Housewives of New York. But it’s not just about race. Leah wants more diverse lifestyles featured on the show.

Honored to be a part of this conversation. Race In America: A Movement Not A Moment, airing on @bravotv August 9th at 10/9c 🙌

However, Leah feels positive that major changes are underway. She also addressed the ongoing race issue in the U.S., and feels the word “ally” should be disregarded.

“When we’re talking about race and racism – why do we even have the word ‘ally?'” Leah asked. “This is an everyone problem. ‘Ally’ shouldn’t even be a thing. Everyone should be against racism, no matter what freaking color you are, no matter where you’re from. It’s truly a very evil idea, racism in general. So, it should be, across the board, completely looked down upon and destroyed.”

Leah explained what people should do instead. The first step is to acknowledge that racism exists. The brash reality star also thinks it’s “insane” when people say, “I don’t see color.” But she still believes that a person has “good intentions,” even if it’s not the right thing to say.

She previously called out Ramona Singer for “All Lives Matter” post

Leah McSweeney does not hold back on her feelings. On Season 12 of The Real Housewives of New York, she let Ramona Singer have it every chance she got. She slammed Ramona once again when her co-star posted “All Lives Matter” on social media, as per The Blast.

It all went down in the comments section on Instagram last month. Leah responded to Ramona’s comment in which she slammed Leah and Elyse Slaine for joking that Ramona “poops during sex” in a Cameo video.

“There is absolutely no truth to this,” Ramona argued. “These girls are blatantly lying to create fake news in order to try and gain their own fame. It is very sad, immature and quite frankly mean girl behavior.”

“ok geriatric Regina George aka Miss all lives matter. Don’t worry about the example I set for my daughter,” Leah fought back. “She has an open mind and heart. Treats all with respect. Doesn’t see people or treat people as ‘less than.’ Sees every race, religion, sexuality as equal. Elyse was ur actual friend (no idea why). [SIC]”

RHONY and its other spinoffs received criticism for its lack of diversity in the past. Garcelle Beauvais became the first Black cast member on The Real Housewives of Beverly Hills during Season 10.

Race in America: A Movement Not a Movement premieres Sunday at 10 p.m. ET on Bravo.