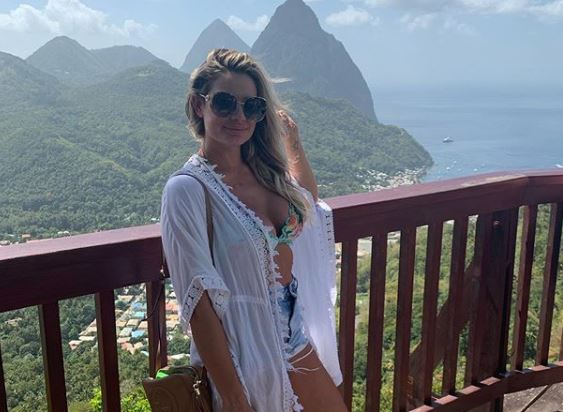 Big Brother returned last night for Season 22. This is an All-Star season and fans are really excited. Now, the live feeds have started and alliances are starting to form. Seeing that a lot of this cast knew each other before the show, it has to be a bit easier to pick who you want to work with. They have seen cast members play the game and now what way they do it.

Last night on the first episode of Big Brother, a lot didn’t really happen. They announced the new cast and picked a Head of Household. There were a few people that ended up as Have Not’s but they couldn’t even get into the bedroom to show fans what it looked like.

One person missing this season from Big Brother is Rachel Reilly. She has already picked who she thinks will it, though. Rachel is expecting her 2nd child, which could explain part of why she wasn’t picked to come back. Here is what she had to say.

“A lot of these players know each other already. And more than on Survivor or Amazing Race, those relationships are going to come into play. These people have been to each other’s weddings, they know each other’s families. You have people who are friends with everyone and some who already have some drama with some of the others. But, at the same time, they are all strong competitors who are there to win. It’ll be interesting to see how it all plays out.”

She does think that Ian has a better chance of becoming the first two time winner of Big Brother than Nicole does. Rachel thinks that Kaysar Ridha stands a pretty good chance of winning this season. Only time will tell, but this season looks like it will be a wild one.

The alliances are starting to form on Big Brother 22. Nicole Franzel and Daniele Donato seem like they have plans to work together so far. Both are great competitors. Tyler Crispen and Cody Calafiore seem to be working together as well. That is great for Tyler seeing that last night Cody want the first HOH. Cody also said he didn’t have relationships with a lot of people in the house just yet, so this could really help him out.

Don’t miss new episodes of Big Brother 22 three nights a week on CBS. It is going to be a great season.

Wait, Are The ‘Twilight’ Movies Really Headed For Netflix?!
Justin McSwain Says He’s Thankful For A Year Of Life – Interesting Photo
Khloe Kardashian Reveals Truth About Relationship With Tristan Thompson: Are They Together?
‘LPBW’ Tori Roloff Opens Up About Miscarriage, Hopes For Another Baby
Take A Peek Inside Jinger & Jeremy Vuolo’s Wild Saturday Nights