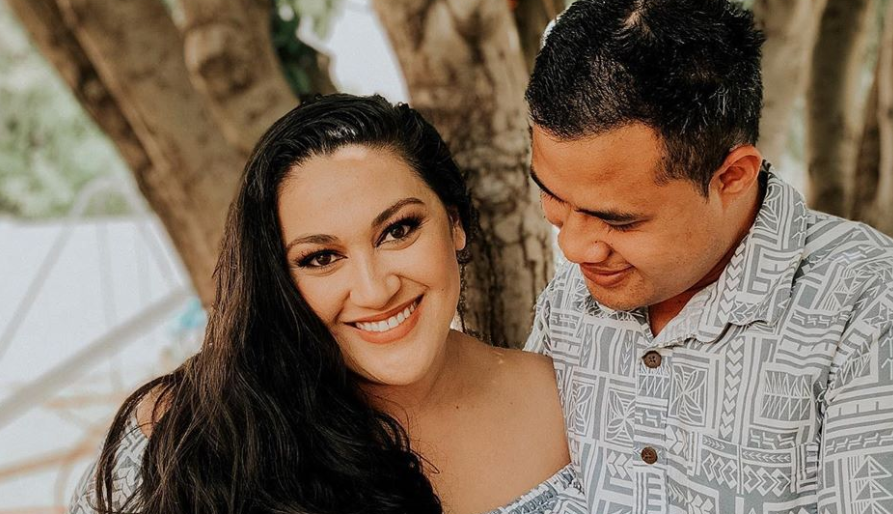 Judging from his Instagram account, 90 Day Fiance: Happily Ever After? star Asuelu Pulaa loves to dance. He thoroughly enjoys performing his traditional Samoan dance. This is good, as finally, Asuelu has quit the job handing out frozen treats at the health and wellness shop. His new gig is as a dancer – doing what he loves and no doubt earning more.

The major issue between 90 Day Fiance stars Asuelu Pulaa, 24, and Kalani Faagata, 32 is his inability to provide for his family. Pulaa and his American wife have two small children to raise. He also needs to learn how to take responsibility in his home and act mature.

Come and feel the spirit of Polynesian tomorrow at OC Tanner Amphitheater from 7pm to 9pm ( dinner + show ) get tickets now at sivapasefika.com @sivapasefika Bring your family and invites your friends ❤️✊🏼🙌🏾 or come meet me in real life 😂 love you all my fans out there 🤞🏽🤙🏽👍🏻

Kalani has bashed her husband for playing video games instead of properly supporting their home. In fact, Asuelu has recently been accused of acting like Kalani’s third child, so it’s time for things to change.

In the latest 90 Day Fiancé episode, financial problems cropped up yet again. Asuelu, Kalani and the two children were heading to Washington, Utah, to visit his family. He wanted to spend a fortune on gifts for them, which Kalani said they couldn’t afford. He even wanted to add $1,000 cash on top of the gifts. Kalani said there was no way they could afford this with his part-time job.

Asuelu has snagged a new job

It looks like the 90 Day Fiance star has finally realized his job handing out frozen treats just isn’t enough. He has found himself a new job as a dancer with a Polynesian entertainment company. As noted by Screen Rant, this job will allow him to do something he loves while making money to support the family. Asuelu’s talent as a Samoan dancer is finally paying off. He will display his knowledge of Samoan culture and language and even get the chance to teach interested students.

The entertainment business owner, Siva Pasefika, is happy with his association with the TLC reality show. On their social media page, they wrote, “He can rock and move any size audience. With all the hype and nationwide popularity, Asuelu remains humble, grounded and true to his authentic self.” In fact, according to a post on their Facebook page, he has worked with them before.

Obviously his bosses realize Asuelu already has a huge fan following on social media, which can only help their business to grow. While it is unknown how much the 90 Day Fiancé star will be earning, it will certainly be more than his previous part-time job. As for Asuelu’s fans, they are no doubt happy to know he is finally pulling himself together and taking responsibility for his lovely family. Kalani, Oliver and Kennedy will be very proud of him.

Throughout this article, readers will see Instagram videos of Asuelu performing his Samoan dance. Maybe one day we will see him perform in his new job on a future episode of 90 Day Fiancé: Happily Ever After?

Keep up with Asuelu, Kalani and the family on 90 Day Fiancé: Happily Ever After? on TLC, Sundays at 8 pm EST.