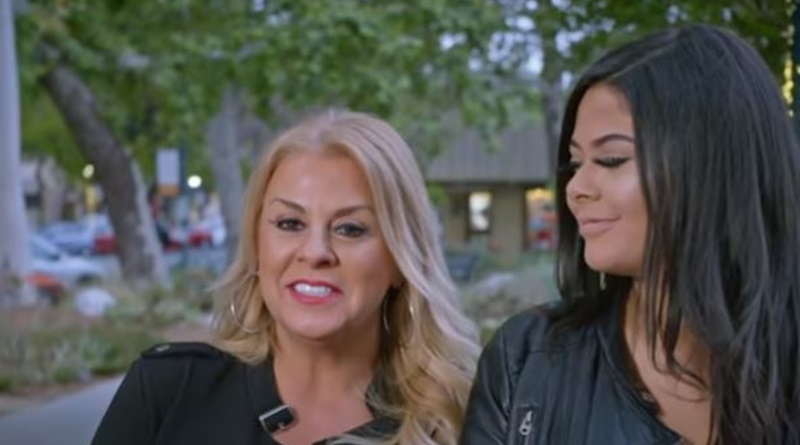 sMothered fans probably remember Sandra and Mariah well. They never featured in the season that just ended, but fans saw them in the previous season. We reported that the duo were the only people not back in the latest season. But, that didn’t mean they left TLC forever. After all, they just featured in the new TLC show, Find Love Live.

Fans recall that Mariah and her mom Sandra did almost everything together. Their TLC bio noted that Mariah was 21 but she and her mom did all the usual things young women would do together. In fact, Sandra felt her daughter kept her feeling young. Actually, they did even more stuff than most close friends get up to together. The Sun UK reminds readers that they went for a”s*xy” photoshoot together that involved Mariah “oiling up” her mom’s behind “and breasts.”

Reality TitBit revealed that sMothered mom and daughter got breast surgery together, date together, and more. So fans “deemed Mariah the “‘creepiest” daughter on the TV show.” Over on Instagram, they grow their fan base even though they never featured in the latest season of the show. And yes, the oddly close behavior from sMothered continues. On July 6, Mariah shared a photo on her mom’s birthday that showed both of them showing off their chest area.

HAPPY BIRTHDAY MOMMY💘✨ i love you girllll , my bestie and my first friend who birthed me 🤱🏼🥺✨✨ wow what a QUEEN😘 @sj1ofakind go wish her a happy birthday🧚‍♀️ oh btw, we’re wearing @fashionnova fashionnovapartner

On the latest episode of the new TLC dating show, fans saw the familiar faces of Sandra and Mariah. Possibly, Sandra’s the only person who might go on a dating show with their daughter. But, as you know, they do everything together. Meaww reported, “Sandra admitted that she was ready to find someone who would spoil her.” The hosts produced three possible guys for Sandra. Don’s a fitness instructor, Jose’s a technician, and Antony’s a flight attendant.

During the Find Love Live show, the sMothered alum got to ask them all questions. But, fans won’t be amazed that Mariah made the final choice for her mom. She chose Antony. But ahead of that, on Twitter fans noticed that Sandra seemingly liked Antony the most. One fan commented, “From first impression, I think Sandra is going to choose Anthony.” Another fan referred to the closeness between mother and daughter, They wrote, “I think this is the first #FindLoveLive match that i feel will actually amount to anything. Have fun on your date Sandra (& Mariah lol)!”

Some fans of the show hoped that they see some sort of follow-up of Antony and Sandra. But, others hated that Sandra and Mariah made it back on television. They said that their over-the-top relationship’s unnatural and “pretty disgusting.”

What do you think about the sMothered duo going on TLC’s Find Love Live together? Sound off in the comments below.