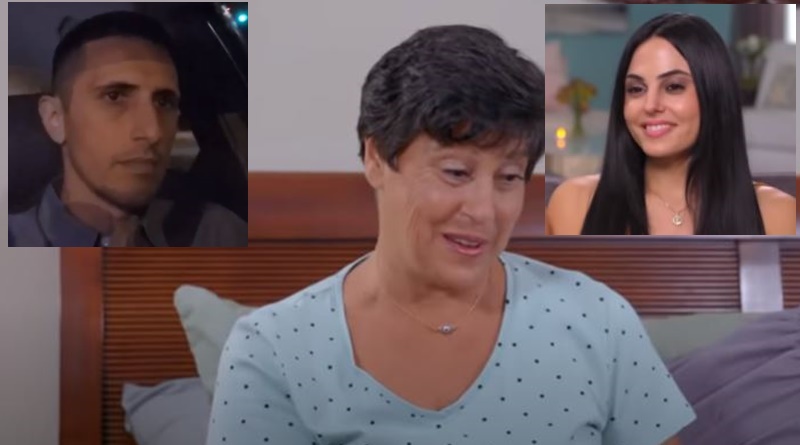 sMothered returned this week with sMothered Knows Best, a sort of Pillow Talk version. Fans saw their fears for it come true as the other cast members all seem to accept weird as the norm. And, some of them threw stones in glasshouses that they live in every day. While some fans think Miguel should run, others he’s pretty much a “douche bag.” And, other fans think Sarah’s just a nut-job with weird mommy fixations. Meanwhile, others think mom Laurie’s not nearly as close to death as she makes out, and simply manipulates everyone because she wants a wedding.

TLC fans probably recall that way back in the last season, Cher gifted her mom Dawn her pee-stained pregnancy test. Rapturously, she kissed it which grossed out a lot of people. But then, Angelica and Sunhe who share their bathwater called that gross. So, yes, as fans previously suspected, some hypocrisy came out of the show. One fan noted, “WTF Sunhe and Angelica said ewwwww gross when Cher’s mom kissed her positive pregnancy stick, yet they share bath water??? Um call me crahzeeee but sharing bath water is more ewwwwwwwww gross!!!”

Watching #smothered #smotheredknowsbest and gobsmacked at them all criticizing each other. NONE of your behavior is normal ffs! The only pair remotely approaching normal are the Italian/American pair

But, fans commented plenty of their own stuff about Miguel and Sarah. In fact, some fans think Twitter commenters should live stream over the sMothered show for real-life perspectives. And plenty of those came in. Many people just feel that Miguel’s simply a “douche bag.” Others think Sarah’s whacked and a nut job with her mommy fixations. Meanwhile,  others think Laurie tries to live her dreams for a wedding though her daughter. Some people historically felt she made way too much of her potential death from a kidney disorder.

Miguel’s considered a douche bag, while others tell him to run from Laurie & Sarah

Meaww reminds readers that Laurie wants Sarah married before she dies. Miguel seems reluctant to commit to getting married just to suit her. And, Sarah’s got issues with kids. If they marry she probably won’t want kids in case they distract her from her obsession with her mom. Some fans think that Miguel just plays around and won’t commit to spite both women. Some fans described him as a “douche bag” for that. But, others think the whole thing’s just way off and he should run.

One sMothered fan said about Sarah, “YES, SARAH, KIDS ARE ALWAYS A DEALBREAKER!! Why would you want to be engaged/married BEFORE sorting out the kids issue???” Another pointed out, “Shouldn’t Sarah & Miguel should have had this conversation before they moved in together? Kids are a deal-breaker to me.” Another one said, “like she won’t have kid cos it might distract her from her mom? Laurie will always come first with Sarah. Miguel should run.” Later, they added, “Sarah’s a nut job with mommy fixations.”

What do you think? Is Miguel a “douche bag” for not committing to marrying Sarah? And, is Sarah a nut-job who won’t make room for anyone in her life but Laurie? Sound off in the comments below.