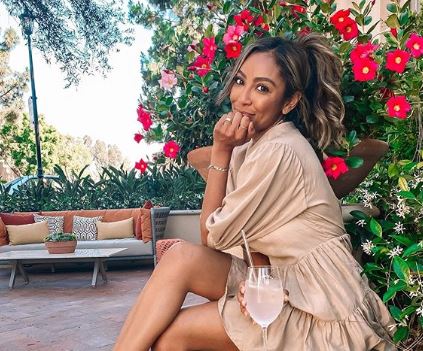 Clare Crawley already started filming her season of The Bachelorette. Now, rumors are flying that she might be replaced by Tayshia Adams. Reality Steve isn’t even able to confirm if it is true or not. The rumors started out on Reddit.

These rumors about Tayshia started getting shared in Facebook groups today. Now, spoiler guru Reality Steve has shared it as well. He went to his Twitter to share what he has heard is going on. Steve posted the rumors along with his thoughts.

Steve said, “(MAJOR SPOILER): I’ve been made aware of this Reddit post making the rounds. Been on the phone for the last 2 hrs digging. I cannot confirm with 100% certainty if it’s true yet, but if you ask my opinion, I think there is some serious validity to it based on what I’m hearing now.” Here is his post.

(MAJOR SPOILER): I’ve been made aware of this Reddit post making the rounds. Been on the phone for the last 2 hrs digging. I cannot confirm with 100% certainty if it’s true yet, but if you ask my opinion, I think there is some serious validity to it based on what I’m hearing now pic.twitter.com/y0SudK7Pcl

Could this be true?

Facts are that this could be true. Reality Steve doesn’t really know for sure. It would make sense that if Clare backed out they would pick a gorgeous woman of color who is already part of the franchise. Fans love Tayshia and have wanted her to find love. It just hasn’t worked out for her so far.

So is her shadow a tease that she will be the next one as The Bachelorette? It could be, but nobody knows for sure. Hopefully, new information will come out soon about what is going on. Fans just want details and to know what to expect. This season will start airing in just a few short months alongside Dancing With the Stars.

Tayshia was on Season 23 of The Bachelor. She now works as an interior designer and has also worked as a former phlebotomist. This girl has a smile that can light up a room and everyone would love to see her find love. Maybe Clare found her man already? Or maybe she just wasn’t cut out for this show? Only time will tell and so fans are going to have wait on the spoilers to be revealed.

Do you think that Tayshia Adams would be better for the job than Clare Crawley? Share your thoughts in the comments section below. Don’t miss this season of The Bachelorette on ABC.

Update: Reality Steve speaks up on his Instagram Live about what he knows!