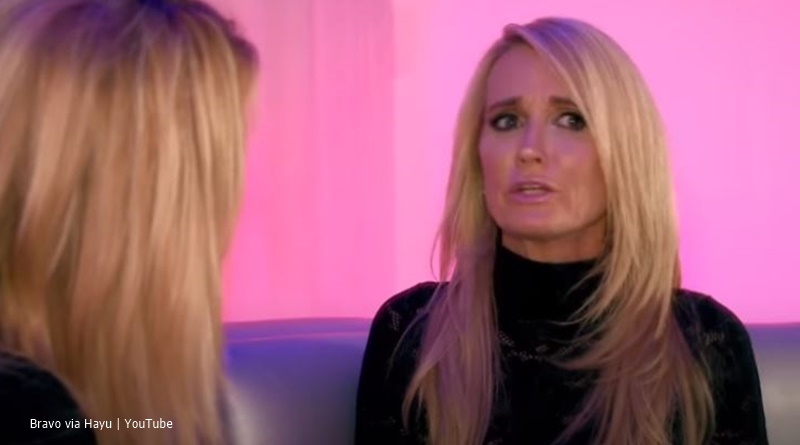 RHOBH stars Brandi Glanville and Kim Richards hoped for their own spinoff with Bravo. But, just like fellow Bravo star, Vicki Gunvalson, their hopes got dashed. It seems ageism creeps into Bravo. All three women allege that the franchise feels they’re too old. In Vicki’s case, she got canned from Real Housewives of Orange County for her age. Meanwhile, The Real Housewives of Beverly Hills duo heard a “no” to a spinoff because of their age as well.

We reported in the first week of July, that Vicki talked about being too old for Bravo. The RHOC alum shared photos of her new vacation/retirement home in Puerto Vallarta. In the comments section, many fans lamented her loss from Bravo. While she put it behind her and focuses on new opportunities, new grandbabies, and her future retirement home, she sounded a bit angry. Basically, she told fans that the Bravo producers canned her because of her age. She said on Instagram, “I think @bravotv and @bravoandy has moved on. They want 30-40-year-olds… I’m clearly not that anymore.”

That seems a bit rich if Andy Cohen feels like that. After all, Vicki of RHOC is only six years older than him. Mind you, the same thought comes to mind with Brandi Glanville and Kim Richards of RHOBH. Kim’s only three years older than Andy. And, Brandi comes in at five years younger than the Bravo producer. Andy does his own shows and spinoffs, but it seems what’s good for the goose sure doesn’t follow suit for the gander. According to a reputable writer for the Inquisitr, Lindsay Cronin, “Brandi Glanville and Kim Richards reportedly once attempted to land their own series but were turned down due to their age.”

Turned down by Bravo for a spinoff because of their age

The news that Brandi and Kim once approached Bravo for their own spinoff came on Twitter. On July 27, a fan shared a clip of them in an old clip when Brandi tried finding her missing chihuahua. The caption read, “My favorite double act.” Another fan reacted in the comments, saying, “The Simple Life reboot we deserve!” Brandi responded, saying, “We pitched this before & were basically told we’re too old.”

While some RHOBH critics felt nobody wants to see “old people,” many fans loved the idea. One of them wrote, “Too old??? Seriously how insulting! If u had your OWN reality show without the real housewives attached to it I would watch that in a heartbeat. Well including Kim because I like her but not Kyle.” Similarly, another fan agreed, but they suggested a fightback’s in order. The fan noted, “Just [wait] a cotton picking minute. you girls aren’t that…my daughters age in her mid-40s. I don’t consider that old at all… those are fighting words.”

What do you think about RHOBH stars Brandi Glanville and Kim Richards considered too old for their own spinoff on Bravo? Vicki Gunvalson brought a lot of fans to RHOC and yet they canned her: apparently, for a similar reason. Sound off in the comments below.