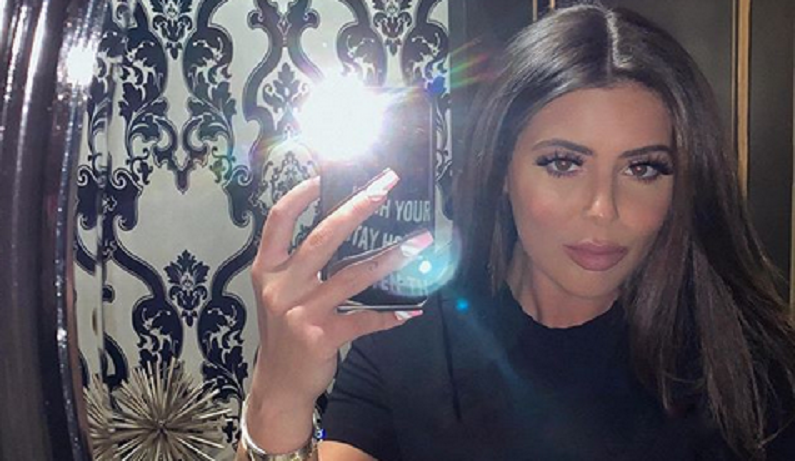 Brielle Biermann attracted troll comments on Instagram. This comes on the heels of Michael Kopech’s divorce. The Chicago White Sox pitcher filed for divorce from Riverdale star Vanessa Morgan. Before their whirlwind marriage, he dated Brielle. Now, she’s hit with trolls who are dropping his name in her latest Instagram post.

The 23-year-old model revealed she was looking for her “shotgun driver.” Brielle probably didn’t expect her fans to name-drop the professional athlete. The couple dated for two years before their split in October 2018. He quickly moved on with Vanessa, who is pregnant with his baby. But their marriage didn’t work, and they have gone their separate ways.

As per The Blast, Brielle Biermann posted a gorgeous new photo of herself on Instagram. In the photo, Brielle is all glammed up and sitting in the driver’s seat of her luxury vehicle. She showed off her brunette locks and tan skin. In the caption, the Don’t Be Tardy star said she’s looking for her “shotgun driver.” Trolls took to Brielle’s post to mention her ex-boyfriend. Others suggested that she should get back with Michael Kopech now that he’s single.

“I hear Michael Kopech is available,” one user wrote. “Go pick up Michael. He’s divorced,” another added. “Yo go get Mikey back!” demanded a third user.

looking for my shotgun rider🤍🤍

Michael Kopech also became the target of online trolls. Some of Brielle’s fans claim he’s probably missing her right now. Others insist that he chose the wrong girl in the end. Brielle has not responded to the troll comments.

Why Brielle and Michael ended their relationship

The couple dated for two years before ending their relationship in March 2018 “due to age.” Brielle Biermann was 21 years old at the time while he was 22. In addition, Michael Kopech was focused on his MLB career. However, the couple seemed very serious about each other. They even discussed the idea of marriage, according to Bravo. She revealed that she wanted an engagement ring out of the deal.

“We can get engaged soon, hell yes!” she said at the time. “I’ll be engaged forever with the nice ring but everything else can wait. That’s all I want. If he proposed to me tomorrow, I’d say yes just for the ring!”

But he quickly moved on with Riverdale star Vanessa Morgan, who he later married. He popped the question in July 2019 and the couple just tied the knot earlier this year.

don’t let the plates fool you, we’re on an all grape diet 🍇🍷

Then, headlines broke that Michael filed for divorce, two days after Vanessa announced she was pregnant with their first child. Brielle and Michael’s relationship didn’t end well. She previously revealed to Too Fab that they’re not on speaking terms.

“It was more of him wanting to take a break, and he wanted me to wait on him,” Brielle explained to the outlet. “And I was like, ‘I’m not gonna wait on you, dude. You clearly want to go f*** around. You think I’m stupid?”

Brielle appeared broken up over their split. While no one knows what happened between them, it’s clear that they won’t rekindle their romance anytime soon.

What are your thoughts on Brielle Biermann and Michael Kopech getting back together? Sound off below in the comments section.