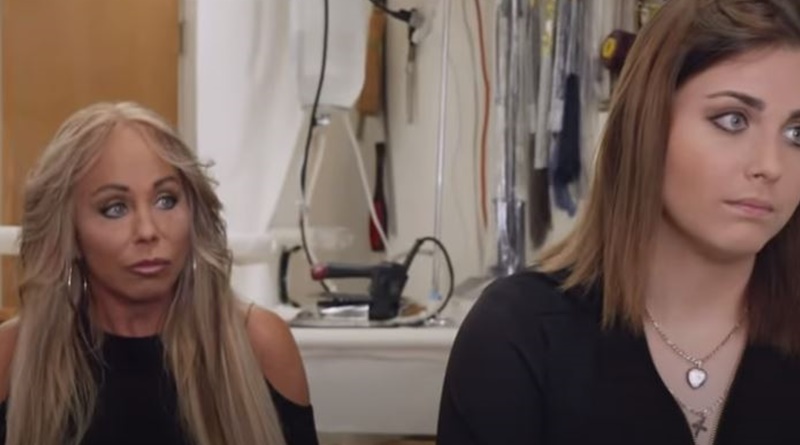 sMothered, Season 2 draws to a close. Some fans show some interest in a sMothered: Pillow Talk spin-off from TLC. But, how many fans hold out for a third season of the show? The show ranked well on cable for the duration of Season 2. However, some people argue that TLC put so much out-there stuff this season, that they may not be able to top the weird factor.

sMothered and the possibility of a Pillow talk spinoff

We reported that news a Pillow Talk spinoff comes received mixed reactions from the audience. Well, some people love the idea. Meanwhile, others felt that criticizing their own kind amongst the cast would simply add a level of cray-cray never seen before. That relates to the fact that odd behavior amongst the cast seems perfectly normal to them. TLC talks about the spinoff airing next week. However, they did not specify the duration or whether it’s a returning series.

For many fans, the season brought simply too much weirdness. Some people seriously believe that Brittani and her mum Mary potentially border on an incestuous relationship. Meanwhile, Alena and Marcia with their ritual daily licking actually turned some stomachs. Gross-out shows like Doctor Pimple Popper relentlessly attracts viewers because the situation could actually happen to anyone. But, not everyone relates to the overly-cloying relationships between mothers and daughters.

Does TLC bring a Season 3?

Showbuzz daily.com reported that the show remained steady in ratings for most of July. Actually, it trailed only 90 Day Fiance in popularity. Could that justify another season? The mixed reviews on social media indicate that people enjoy the weirdness, while actually feeling totally repulsed. And, as one Twitter user said these “mother-daughter duos”…[get] creepier. They added, “personally I would hate to see Season 3.”  fed up, they also said, “enough now with a woman that bathes her adult daughter.” They also talked about the obsessive nature of people licking each other.

It also seems that nobody hopes for a return of Sunhe. And, Cher’s story grows a little jaded and old, fans believe. Nevertheless, TLC brings plenty of weird to the screens of fans. Sometimes, even beyond public demand, like Darcey Silva. And, although people profess that they won’t watch it again, they usually do. If sMothered returns, fans could probably expect it in early summer or spring of 2021.

Notably, the impact of COVID-19 means many delays in the scheduled shooting of shows on TLC. So, even if they plan a third season, nobody really knows when it might come. What are your feelings about the possibility of a Season 3 for sMothered? Would you like to see more dysfunctional families on your television? Do you think they could top Mary and Brittani for weirdness? Sound off your thoughts in the comments below.