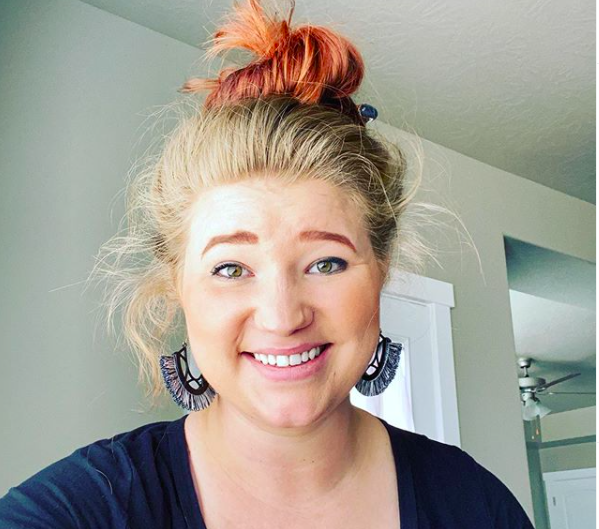 Sister Wives star Christine Brown’s daughter Mykelti Padron most recently shared that her father Kody Brown’s relationship issues with his wife Meri Brown are indeed real. But, she went on to say they are blown up for reality TV.

According to InTouch Weekly, Mykelti decided to share some insights into her dad’s relationship during a Twitch session with her husband, Tony Padron, over the weekend.

A fan asked the couple what Kody and Meri were like together in real life. Husband Tony was actually the one who implied their situation is intensified for ratings. Despite this, they both noted that Kody and Meri do seem to have some issues. Mykelti said she thinks the real answer is, “A little bit of both.”

Meri and Kody’s relationship was strained by her catfish scandal in the past, but the Sister Wives husband has also admitted their issues are beyond just that. Fans constantly push for Meri to move on and leave Kody, but she revealed on the April 5 episode that leaving him also meant leaving behind the whole family. And as it turns out Meri values those relationships far too much to give them up.

Mykelti also vaguely responded to questions about the family’s living situation. This seems to be a hot Sister Wives topic after all of the drama that unfolded on Season 14. She said, “Yes, I know what’s going on with their houses.” But she did not quite say whether or not the families are moving.

Since the show began the family has moved between cities and houses several times. They have moved from Utah to Las Vegas to Flagstaff, and now perhaps their futures lie in Coyote Pass. In January, Kody tweeted, “I do miss the Vegas houses and cul-de-sac. I’m looking forward to building homes and gathering family at Coyote Pass.” But for the moment it seems they have not made the big move quite yet.

What do you think of Meri and Kody Brown’s relationship issues? Let us know what you think in the comments below. Be sure to keep an eye out for new episodes of Sister Wives in 2021. Fans remain hopeful the show will make a return for Season 15 on TLC!