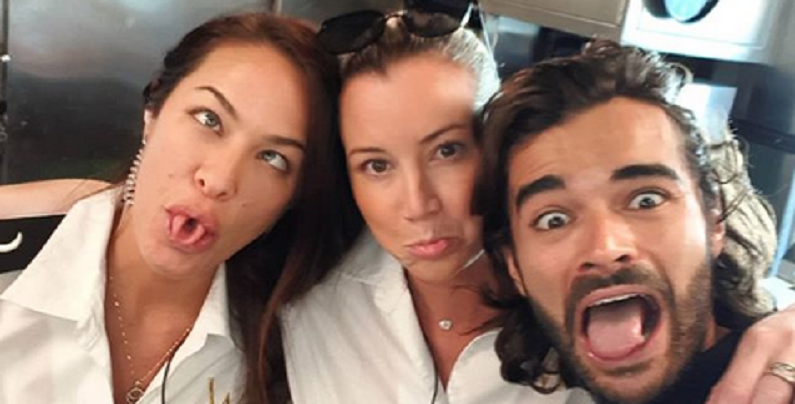 Monday night’s episode of Below Deck Med wasn’t a good one for Chef Hindrigo “Kiko” Lorran. He got thrown under the bus by his peers. Captain Sandy Yawn wasn’t convinced of his culinary skills. And there was a moment when she had flashbacks to the infamous Chef Mila from the previous season.

The last few moments of the episode suggested that Chef Kiko might leave the show after this charter season. It’s been one of the most intense episodes yet. But despite what happened, both Sandy and Hannah Ferrier had high hopes for the chipper chef. But they see things differently. Read on to see what they had to say about Chef Kiko.

Captain Sandy Yawn from Below Deck Mediterranean faced criticism a lot lately. Viewers hate her micromanaging style and feel it has intensified this season. Sandy is almost in every scene. On Monday night, she slammed critics who accused her of setting up Kiko to fail.

Captain Sandy claimed she wanted Kiko to succeed. During the episode, Kiko seemed defeated. He told the producers, “I don’t f***ing know what’s going on with her mind. Seems like she’s just gonna come to the galley to judge me, not to help me anymore.”

I want to see Kiko succeed. Fun fact: I helped do dishes at night so he could rest. #BelowDeckMed pic.twitter.com/lof3s8Y4P2

Captain Sandy revealed during the episode she wanted him to succeed. “I want to see Kiko succeed. Fun fact: I helped do dishes at night so he could rest,” she tweeted. “This size yacht doesn’t have a sous. Chef is cooking for the same amount of guests as other BD chefs. Fun fact: production takes the master for filming, so the Chef is actually looking for less guests than the yacht accommodates.”

Although the Below Deck Med typically chef works on their own, Sandy said there’s always help available. They can even ask for help if they want. It’s not a strike against them. “The interior often has help from the deck crew when serving and clearing and doing the dishes,” she added. For example, deckhand Alex Radcliffe washed dishes while second stew Christine “Bugsy” Drake helped Kiko with setting up the plates.

While Captain Sandy claims Kiko got help, her chief stew begs to differ. Hannah Ferrier from Below Deck Med revealed that he didn’t get enough support. And she blamed Sandy for throwing him off his game. During the episode, she tried to help Kiko plan the menu for Las Vegas night. While the food wasn’t up to superyacht standards, Hannah claimed that Kiko didn’t receive enough support.

“I wish Kiko had received a bit more support,” Hannah tweeted. “From personal experience threatening to replace someone is not a good motivator and can throw a chef off very easily and that’s what I saw happening.”

I wish Kiko had recieved a bit more support. From personal experience threatening to replace someone is not a good motivator and can throw a chef off very easily and that’s what I saw happening… #belowdeckmed https://t.co/NAeem87Zj3

But fans wanted to know why Hannah suggested fries and nachos for Vegas night. She insists that the charter guests included the foods on their preference sheets. “If caviar and Balmain bugs were on the pref sheet I would have suggested that,” she joked.

What are your thoughts? Do you think Captain Sandy wanted Kiko to succeed? Or, do you agree with Hannah that he should have gotten more help? Share your thoughts below in the comments section.

Hannah Brown Trashed By Fans For Fluffy Pink Dress
Chase Chrisley Likens Father Todd To A Tornado, And Here‘s Why
Chase Chrisley Wants To Move To The Bahamas: Would Todd Allow It?
Megan Fox Flashes Under Bust, Gets Groped By Kourtney Kardashian
‘Sneakerheads’: Is Season 2 Renewed On Netflix?