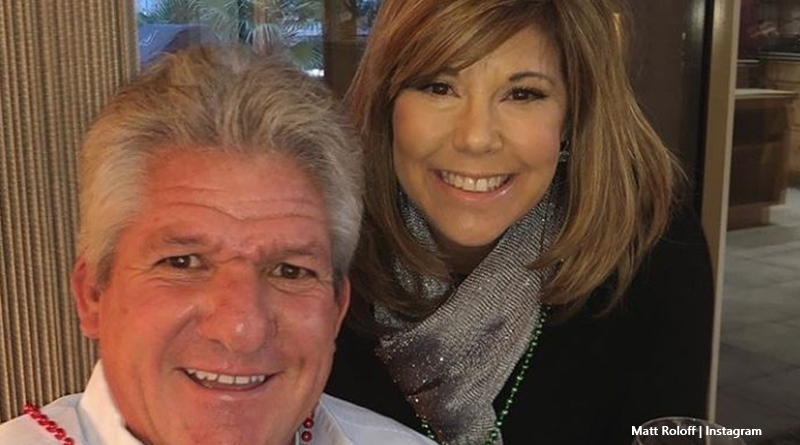 LPBW fans know that Matt Roloff loves nothing more than spending time with his grandbabies. This weekend, Tori and Zach went off alone and celebrated their wedding anniversary. It’s really nice for Tori knowing that Matt enjoys looking after the kids. So, he and Caryn Chandler took the opportunity to spend more time with Jackson and Lilah.

LPBW – Matt shares picture and a video of his grandbabies, Jackson and Lilah

We reported that Little People, Big World stars, Zach and Tori shared about their wedding anniversary trip. Tori said, “So thankful for this weekend away with my husbabe. We had the best time celebrating our 5th anniversary at the @stephanieinn!” She added how spoiled they both felt there. They enjoyed “good weather, amazing food, games, the BEST @domaineserene wine, and amazing company.”

Usefully, they didn’t look far for someone to babysit their adorable kids, Jackson and Lila. Matt Roloff, the patriarch of Little People, Big World shared about how he and Caryn took on the duties. On his Instagram, he shared lots of pictures. The LPBW grandfather captioned it with, “A huge thank you to Super Hero Cha Cha who effortlessly helped me watch the grand babies this weekend so @zroloff07 and @toriroloff could celebrate their 5th wedding anniversary @stephanieinn… we had the best ..most fun filled weekend ever. Hope Z&T had fun too!!”

Tori commented on Matt’s post. She wrote, “So [stinking] grateful for you guys.” She loved that they “love” her kids “ALMOST as much” she does.  She added, “It’s a gift.” Actually, it’s rather nice for Matt that he sees so much of the kids. When he stays on the farm, Jackson often pops over for a chat with him. Or, he hunts down Matt and they go for rides on the mule. Caryn also took to the little ones. Sweetly, Jackson calls her his “Cha Cha.” Actually, Caryn prefers that. InTouch Weekly reported that she feels even though she’s not their flesh and blood grandma, she “loves them just the same.”

Judging by the photos, the kids seem totally relaxed with Matt and Caryn. Even little Lilah looked quite content lying on her rug with her soft toys scattered around. Plus, Matt shared a short video of Jackson playing in his “airplane.” And, a cute photo showed Caryn with both the kids at the pond. As usual, fans loved the photos and they also commented on the LPBW grandpa enjoying time with the babies.

A huge thank you to Super Hero Cha Cha who effortlessly helped me watch the grand babies this weekend so @zroloff07 and @toriroloff could celebrate their 5th wedding anniversary @stephanieinn… we had the best ..most fun filled weekend ever. Hope Z&T had fun too!!

One TLC follower wrote, “Babies are always gonna remember their fun stays with Grandpa and Cha Ch.” Another person noted, “They are so adorable! Bet you both had a blast. Now you need a rest!.” The LPBW star agreed, writing, ” Lol … totally !! Gonna crash early tonight.”

Do you agree that it must be very useful that grandpa Matt’s handy to babysit for Tori and Zach Roloff every now and then? Sound off in the comments below.