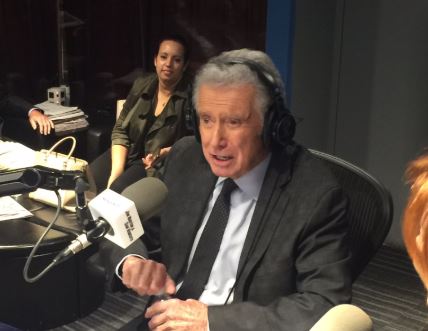 The shocking news is out today that at the age of 88 Regis Philbin has passed away. People shared the news. Regis is known for being a show host. He even had a show for a long time, but later was replaced when he decided to retire.

Regis Philbin actually passed away yesterday, but his family just shared the news today. They even gave a statement to People. Here is what they had to say.

“We are deeply saddened to share that our beloved Regis Philbin passed away last night of natural causes, one month shy of his 89th birthday. His family and friends are forever grateful for the time we got to spend with him – for his warmth, his legendary sense of humor, and his singular ability to make every day into something worth talking about. We thank his fans and admirers for their incredible support over his 60-year career and ask for privacy as we mourn his loss.”

This has to be a hard time for the family. They are asking for privacy to mourn Regis Philbin.

Regis Philbin had his own show for about 15 years with Kathie Lee Gifford. They were even friends when she left the show. After that, he was joined by Kelly Ripa. He then left the show, but Kelly has stayed on. She has had several various hosts over the years join her. Nobody has been able to replace the spark that Regis had on the show.

He was also a guest on various shows throughout the years. Fans always loved when he would show up. Regis hosted the show Who Wants to be a Millionaire for a while as well. It was later taken over and Chris Harrison has been hosting it recently. This was one face and name that everyone knew when he showed up on their television.

He is survived by three children. Regis had one son who passed away in 2014. This is a hard time for everyone who loved him. Kelly Ripa hasn’t shared on Twitter yet, but fans are looking forward to hearing her kind words about this man she worked with for so many years. You know a lot of people are going to have great things to say about him.

Are you shocked about the death of Regis Philbin? Share your thoughts in the comments about the loss of this great television host.