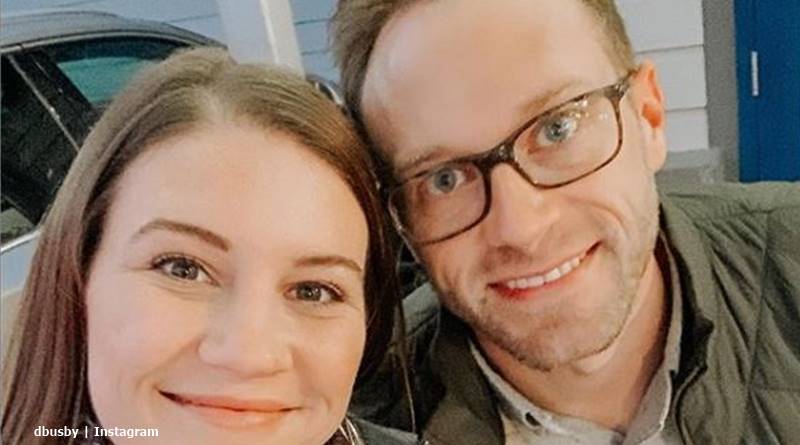 Adam and Danielle Busby’s recent Instagram activity tells OutDaughtered fans the quints and their older sister Blayke were forced to play indoors today because of the rain. But, it certainly looks like they found a way to have a good time!

The Busby family enjoys being outdoors.

The OutDaughtered quints, their sister Blayke, and their parents enjoy being outdoors. Adam and Danielle are always sharing photos and videos of the family soaking up the sun. They spend the vast majority of their time swimming in their private pool.

The OutDaughtered family also spend a great deal of time at the beach. So, we don’t usually get as much indoor content from this family.

The OutDaughtered quints picked up a new game.

Danielle and Adam Busby both shared video clips on their Instagram Stories of the OutDaughtered quints spending some time together indoors. In Danielle’s video, she explained that they split the children in half to get some things done today. She revealed Adam and the three girls he took ended up coming back home with all sorts of goodies. One of which is assumed to be the new game the girls were playing in the background.

Both Danielle and Adam reveal the name of the game is Dragon Snacks. Now, Adam was not in Danielle’s video and she was not in his video. So, it looks as if both parents took turns playing the exciting game with the girls.

What is Dragon Snacks?

Dragon Snacks looks like a pretty exciting game for the quints! It, however, may have been a little too simple for their older sister to enjoy! It is a magic interactive game that involves passing a dragon head around. The dragon head’s horn changes colors telling you what color object it wants you to reach it its mouth and pull out. The object of the game is to try to reach in the mouth and pull out the color it asks for. If you get the right color, you get to keep it!  We assume the winner is whoever gets the most pieces from the dragon.

Overall, the girls seemed to really be enjoying playing their new game together. Adam and Danielle interacted with their children and helped when necessary with keeping the game moving.

It certainly looks like the OutDaughtered quints made the best out of being stuck inside because of the rain!

So, have you ever played Dragons Snacks? Do you enjoy rainy days? Tell us about it in the comments!