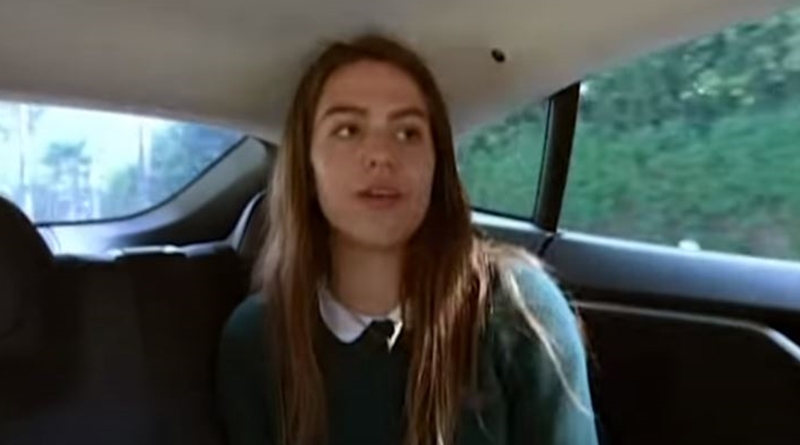 RHOBH fans saw a lot of Amelia Gray Hamlin, Lisa Rinna’s daughter in this week’s episode of the Bravo show. Just the other day, she claimed that her mom “forced” her to do the show and that she hates it. Well, she’s getting slammed now. So, maybe she still holds some regrets. Later, both Lisa and Amelia retracted her original statement about The Real Housewives of Beverly Hills. But now, she gave fans something else to complain about. They slammed her for acting entitled and privileged on the show.

Fans saw that Amelia moved back home after she dropped out of her college course in New York. She wanted her own place and her own space. So, no problem, her mom stepped up and found an estate agent to help her daughter. The real estate person and Lisa Rinna sat down and went over what sort of place Amelia wants. And, wow, did they get a wish list from the young Real Housewives of Beverly Hills star!

First, the RHOBH star was told Amelia needs a place with proper security as she suffers from anxiety. Apart from that, she wants a specific kitchen layout, and the place must come with access to a pool and cabanas. Lots of other demands followed. That really got up the noses of many fans who slammed her. Bear in mind, that most college grads make do without life’s luxuries. And, Amelia didn’t even graduate. But, she still expects to live “to the manor born.” Meaww noted that people described her as totally “spoiled.” But much worse comments went her way on Twitter.

Nobody wants their daughter slumming it. But, many people felt Amelia took it to the limit. And, they didn’t like that she really just demands she gets things her way. As one person noted, “In looking for an apartment, Amelia’s got Vanderpump wants on a Rinna budget.” Ouch! But then, another person pointed out, “Amelia is moody ! #rhobh I need a doorman ! I want a big island kitchen ! I want big windows.” Plus, others think that her so-called anxiety seems a bit manufactured at times. As if she uses it as a weapon to get what she wants.

girlllll my ass paid $1,800/mo to live in someone’s ATTIC in San Fran bc I’d gotten an internship with an NFL team. Busted my ass and made a burrito bowl from Chipotle last me 3 days. I can’t with Amelia 😒🙄🙄 #RHOBH #suckitupgirl

But other RHOBH fans pointed out that she acts so privileged. One person said, “Amelia is the embodiment of white privilege.” And, another one called her out, saying she could use a “serious reality check.” Other people went off Amelia in a big way. One critic noted, “Amelia Gray and her apartment demands couldn’t be more obnoxious.”

After listening to her daughter, Amelia Gray Hamlin’s shopping list for a new apartment, I think #LisaRinna has bigger problems to worry about than whether #DeniseRichards and Brandi Glanville hooked up. #RHOBH #RHOBHMeanGirls pic.twitter.com/z57EnkdCLA

What did you think about Amelia Gary Hamlin acting so entitled and spoiled? Sound off in the comments below.