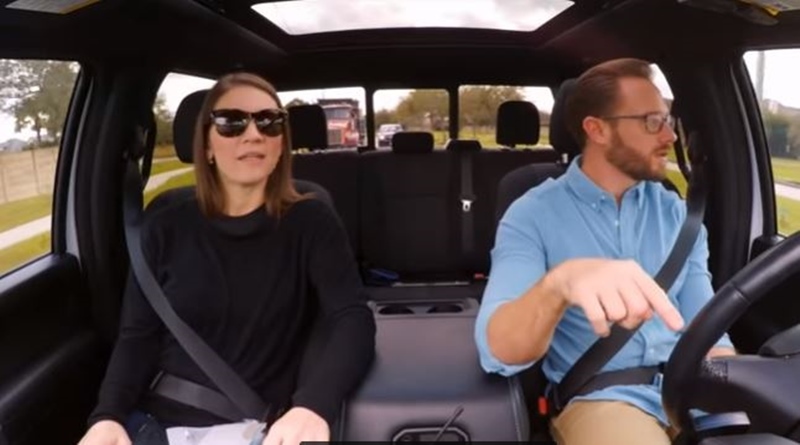 OutDaughtered fans started wondering if Adam and Danielle Busby bought a beach house. They just returned from a trip to Excellence Playa Mujeres where they spent their wedding anniversary. Danielle and Adam collected the kids and headed for the beach. It’s not the first time fans saw them at the beach recently. And now, fans ask if they actually bought a beach house.

Did the OutDaughtered family buy a beach house?

We reported in May, that the Busby family made a spontaneous decision to hit the beach for the day. Adam and Danielle shared photos of the family at Surfside Beach. They enjoyed the day so much, that they ended up staying the night in “a beach house.” Adam explained that they prepared nothing, and took nothing with them. But, they still made some wonderful memories. Notably, he mentioned “a beach house.” So, people assumed they rented one for the night. They got a bit of flack for going there during the coronavirus.

The OutDaughtered family returned to the beach on Mother’s Day. Danielle shared that the weather looked a bit damp and chilly. But, the weather improved and they looked like they really enjoyed themselves. Uncle Dale and his family joined them there. Once again, the Busby photos tagged the place as Surfside Beach. Actually, they don’t live that far from the beach. Within an hour, they can get there and start relaxing. But, fans wonder about whether they possibly bought their own beach home.

Adam talks about the beachfront home

Back in 2017, Adam shared a picture on Instagram. He tagged it as Jamaica Beach. In his caption, he explained, “Quick weekend vacay with the fam at the beach house. It’s the babies first time on the beach. There were mixed reviews..”

When fans questioned him on the beach house, some followers pointed out they live quite close to the beach. So, maybe describing it as “the beach house” and not a beach house was just a typo.

Quick weekend vacay with the fam at the beach house. It's the babies first time on the beach. There were mixed reviews… #OutDaughtered

However, when he and Danielle returned from their anniversary trip. he once again used the term “the beach house.” On July 22 he shared a photo of himself with Danielle at the beach. His caption mentioned the beach house again.

The OutDaughtered dad wrote, “Snatched the kids once we made it back and headed to the beach. Still have to be out of the house through this part of the remodel, so we are spending the next few days at the beach house.”

Snatched the kids once we made it back and headed to the beach. Still have to be out of the house through this part of the remodel, so we are spending the next few days at the beach house. Lots of great pics tonight. Can’t wait to go through them. #itsabuzzworld #outdaughtered

Fans ask about the beach house

Checking out the previous OutDaughtered seasons and news reports, we found no record they bought their own beach house, But of course, it’s quite possible they access a timeshare unit. What do you think? Do you know if they own a beach house or just rent one? Sound off in the comments below.