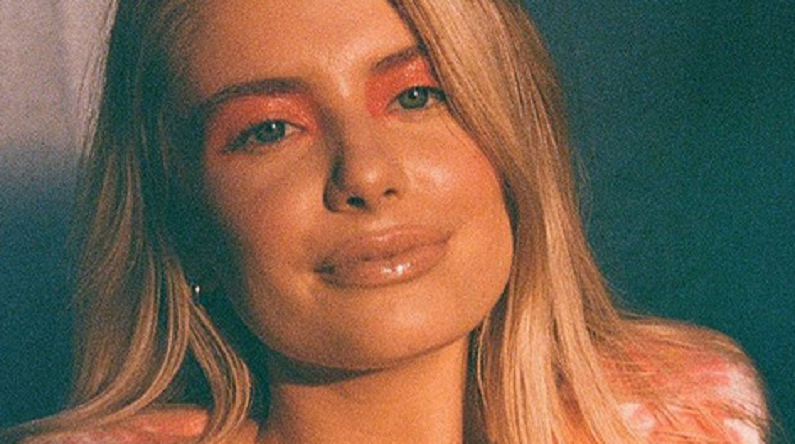 Demi Burnett is fed up with most of Bachelor Nation. She’s tired over the constant speculation over her sexuality. The BIP star originally appeared during Colton Underwood’s season of The Bachelor. She took to Twitter to share her frustrations over the questions.

Not only do fans question her sexuality, but they also label it for her. Demi first came out to the world when she came out as sexually fluid during Season 6 of Bachelor in Paradise. However, she received backlash from Bachelor Nation. While most viewers praised Demi for coming out, others have questions about her sexuality. This comes amid her split from Slater Davis.

Boomers every damn day: “Demi are you still with Kristian?”

Demi Burnett fires back at Bachelor Nation over her sexuality

My docs make me feel tough. Like I could knock someone out with a roundhouse kick to the face at any moment….. if I needed to

The Bachelor alum shouldn’t have to explain her sexuality to anyone. But some fans placed the blame on Demi because of her reality TV fame. One of them responded to Demi’s tweet and apologized for invalidating her sexuality. Then the fan took back her comment and Demi responded, “Know the weight of your words.”

Bachelor in Paradise alum has dealt with the backlash before

Demi Burnett has been through this before. She had to deal with the negative side of Bachelor Nation, especially when it came to her relationship with her ex-girlfriend Kristian Haggerty. When she moved on with Slater Davis, fans wanted her to explain her sexuality. Despite the backlash, Demi received an outpouring of support to her latest tweet.

Fans revealed how they dealt with bi-erasure and the pressure to explain their sexuality. One fan revealed that Demi’s courage to come out inspired her to accept herself and come out to her family.

Happy PRIDE Month! 🌈🏳️‍🌈What a beautiful celebration. I am so grateful for the progress and acceptance of the LGBTQ+ community. I often think about how much respect I have for those who weren’t able to celebrate their authentic selves, as I wish I could share how proud I am of them. They walked so we could fly. This Pride, although we can’t be together in person, I want to celebrate together by drinking @uv_vodka. I LOVE UV Vodka because they are authentic and are proud to celebrate Pride. They truly have every color of the rainbow! Check out their delicious flavors here: https://uvvodka.com/products/ 🍹🌈 Embracing Pride is still relatively new to me. I still get shocked expressions and questioned on which way I swing. I get accused of faking my sexuality. I am still shamed for being bisexual because people think I need to pick one gender over the other. However, I know there are so many people that can relate. Together, we can celebrate Pride and I am truly grateful for this. 🏳️‍🌈🌈To those who struggle to understand, I encourage you to ask questions. Recently, a man asked me if I was bisexual. I told him I swing both ways and that I am attracted to both genders. He respected that and I honestly got the impression he thought I was a Rockstar. 😊 It was refreshing to see an older generation ask me about my sexuality without any judgement. 😊 For so long, the LGBTQ+ community has been so shamed and afraid of being themselves. How wonderful is it that we can all join together, embrace one another and scream at the top of our lungs how proud we are to be WHO we are? And just for you, I created a signature cocktail called The Demi. AND… I will warn you, it’s deliciously dangerous 😊 #AD #UVVODKA #loveislove #lovewins #pride #pride2020 The Demi Cocktail Recipe: •1 Part UV Orange •2 Parts Tangerine & Wild Strawberry Pellegrino •Squeeze & slice an orange for a garnish Cheers to YOU! Cheers to PRIDE!🏳️‍🌈❤️🧡💛💚💙💜🖤

“I have waffled for years on my ‘label,'” one fan wrote. “Bi, maybe straightish, heteroflexible, then def bi. But married to a man so? You were a real turning point for me in accepting myself and finally coming out to my parents at 29. And my husband helps me think of gay TikTok ideas!”

Most fans were supportive of Demi’s tweet. Both her bisexual and pansexual fans can relate since they’ve experienced similar reactions to their personal lives. They’ve also dealt with the constant struggle of validating themselves to others. Demi is an important part of Bachelor Nation since she’s inspired others to come to terms with their own sexuality.