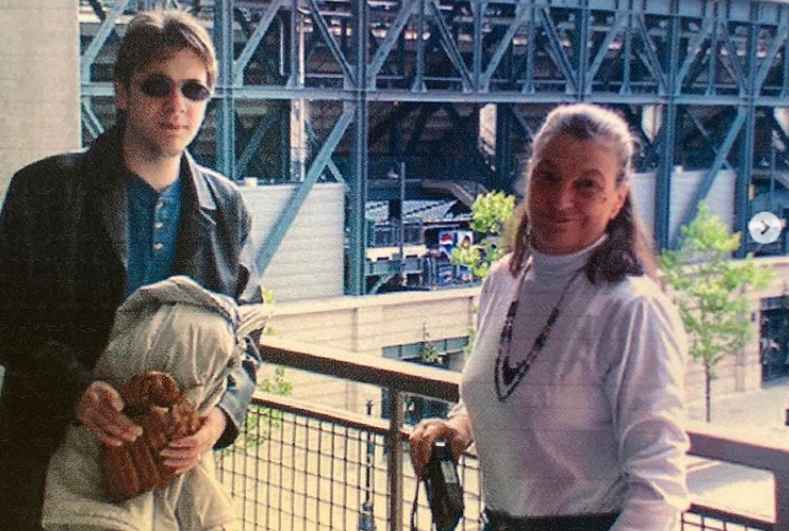 As all 90 Day Fiancé: Happily Ever After? fans know Colt Johnson is a mommy’s boy. His mother, Debbie, features in everything related to his life. In a recent interview, Debbie opened up about his latest girlfriend, Jess Caroline, and it’s safe to say, she doesn’t like Jess. In fact, she much prefers his previous Brazilian love, Larissa.

Colt Johnson, 34, and his mom, Debbie are currently starring on the latest season of 90 Day Fiancé: Happily Ever After? In a recent interview with ET, Colt and his mom opened up about his relationship with his outspoken girlfriend, Jess Caroline.

Fans who watched Sunday’s episode of the TLC reality show heard Debbie airing her concerns about Jess, 26, a Brazilian au pair living in Chicago. Colt’s mom openly accused Jess of using her son to get a coveted green card. Colt had enough problems with his former marriage to Brazilian Larissa. Debbie doesn’t want the same thing to happen to her son again.

Your nature and habits keep you moving almost without your conscious effort – like a ventriloquist moving a puppet. @tlc #90dayfiance #tlc

Debbie would choose Larissa over Jess

The relationship between Colt and Larissa was a rocky one, especially with Larissa being arrested three times for domestic violence. The couple finally split during January, but surprisingly, Debbie would now choose Larissa over Jess at any time. Moreover, she said this after being asked who of the two women was more trustworthy and a good person.

Speaking to Lauren Zima of ET, Debbie accuses Larissa of being “honestly evil.” This shocks Colt, who says he wouldn’t say she is evil. In fact, he says he trusts Larissa, because he knows her and what she is about. However, Jess is a “total mystery” to him.

When Debbie is asked if she believes Jess was the more dishonest, she says, “Yes, Jess is out there.” Moreover, Colt’s mom says she doesn’t believe Jess is a good match for her son. She says Colt clearly has his own serious doubts about her. This is mainly due to the fact she only wants citizenship, money and fame from him.

Besides all this, Debbie does admit she likes Jess but doesn’t think she is the right woman for Colt. She adds that Colt needs to spend more time seeing what is out there and who is out there. Moreover, he needs to find out what he truly wants in his life or a partner.

Referring to Jess as a “party person,” Debbie continues by saying she just doesn’t think Jess is quite right. She says she goes out and parties every night and doesn’t want to commit to a marriage. In fact, confusingly, Debbie says Jess wants marriage but doesn’t want to commit to one. Debbie adds she is still trying to figure out what is going on with Jess, but she says they are “so opposite.” This doesn’t make for a good match with her son.

As for Colt, he admits he tends to jump into relationships too hard and too fast. He admits he wasn’t looking to date following his difficult divorce from Larissa. However, he says Jess “appeared out of nowhere” and started messaging him. Debbie describes this as more Jess tracking him down and going after him. Colt did defend the fact he and Jess spoke about naming their future children soon after meeting each other, which had totally shocked Debbie during the latest episode.

Happy birthday to my mom, Debbie @motherdebbiej. I love you very much and I want to thank you for always being there for me. You are the best mother I could have asked for. Happy birthday 🎂 #90dayfiance #tlc

Colt enjoys talking about the future

According to Colt, he does like talking about “future stuff” and tends to romanticize a lot in his life. He says thinking about the future and family is interesting and fun. In fact, Colt says it is more fun talking about future life than being miserable. The TLC reality star admits that he and Jess are very “hot and cold.” They fight and they are passionate, but sometimes they connect and talk about the future.

Johnson says he is also attracted to drama in his relationships, while sometimes being too focused on the sexual attraction side than communicating with the person. Colt says he honestly can’t think of dating an American girl and this is something he can’t do at this point. Colt needs that “extra level of excitement” he gets with the foreign girls. Moreover, it is like a drug to him at this point.

Colt and his relationship with his mom

Both Larissa and Jess have had issues with Colt and his close relationship with his mom, Debbie. Larissa at one stage called Jess to warn her about Debbie, saying she is a “wolf” and is “insane.” On top of this, on the latest episode, Jess calls Colt a “baby man” relating to his mom. This is no doubt her version of calling him a mommy’s boy.

Colt says Jess obviously thinks of him as being “a baby in an adult body.” He says that isn’t something you want your girlfriend, or anyone else, to think about you. Debbie then points out that Jess had also needed approval from her dad relating to her relationship with Colt. Colt laughs and calls her a “baby woman.”

As for the remaining episodes of this season of 90 Day Fiancé: Happily Ever After?, Colt says fans will see him working through many of his issues. He says a lot has happened in his life and a lot of that will be seen during this season. The person he started out as being might not be the same in the end.

Finally, he admits his relationship with Jess is “Rebound central.”  He feels like he has been running since marrying Larissa, and is still running.

Find out what happens next on 90 Day Fiancé: Happily Ever After? on Sundays on TLC.