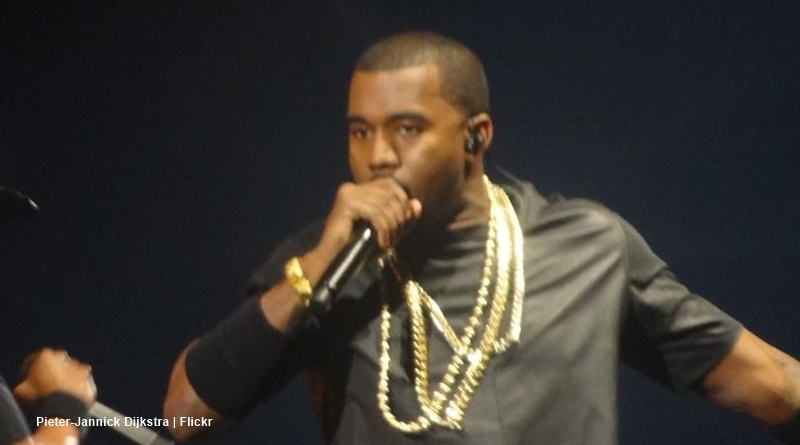 Kanye West said some strange things at his South Carolina presidential rally this weekend. Astonishingly, he got overly personal about him and Kim. Actually, he spoke about how Kim Kardashian allegedly planned on termination of her pregnancy with North. Naturally, this sort of thing concerns the Kardashian family. But, he probably made things worse with his Monday tweets. In his rant, he claims Kim wants him “locked up.”

Kanye rants about Kim, divorce, and locked up

We reported that during the rally, Kanye claimed that what he said about Kim could end up in a “divorce.” He noted, that he doesn’t “care if Kim divorces him because of this.” Kanye claimed during the rally that Kim came to his door “crying.” They discussed “not having this child.” Allegedly, she brought along some pills to do that. So, Kanye feels bad, saying, “I almost killed my daughter.” But E-Online reported that Kanye never left it at that. Later, he took to Twitter and possibly inflamed the Kardashian family even more.

The outlet noted that his Monday rant on Twitter mostly seemed “directed toward Kim Kardashian and Kris Jenner.” One tweet read, “Kim was trying to fly to Wyoming with a doctor to lock me up like on the movie Get Out because I cried about saving my daughters life yesterday.” And, he also mentioned that “NBC locked up Bill Cosby.” In fact, Kanye West also likened himself to Nelson Mandela. Wildly, he said, “If I get locked up like Mandela Ya’ll will know why.”

‘Come and get me’ at the ranch

In his rant, Kanye posted one tweet that said, “oh God.” That came after he spoke about being at the ranch. He wrote, “I put my life on my God that Norths mom would never photograph her doing playboy.” Then, he talked about “the ranch,” saying “come and get me.” Well, these all sound like rather bizarre things for a presidential candidate to rant about. Perhaps, the Kardashian family really should worry about Kanye’s mental health.

Kanye West melted down before. Recall, he ended up institutionalized in 2016. Billboard reminds readers that he got admitted to Los Angeles’s Ronald Reagan UCLA Medical Center.” Doctors “placed him under observation after suffering from exhaustion and sleep deprivation.” Many people, including his family, seem convinced Kanye sufferers from a meltdown due to his bipolar diagnosis. Others go to Twitter just because they see Kanye apparently losing his mind and unraveling.

Ima focus on the music now

One follower replied, “To everyone memeing Kanye right now, this is not cool, (sic). I’m not even a Kanye fan, but he’s obviously in serious emotional distress. whether it’s mental illness or not, doesn’t matter. The sad part…the same people…call themselves fans tomorrow. The internet sucks.”

Other fans hoped he finds solace in his music. Plus they sound concerned, suggesting he checks out his mental health ASAP. Check back with us often for more news about Kanye West.