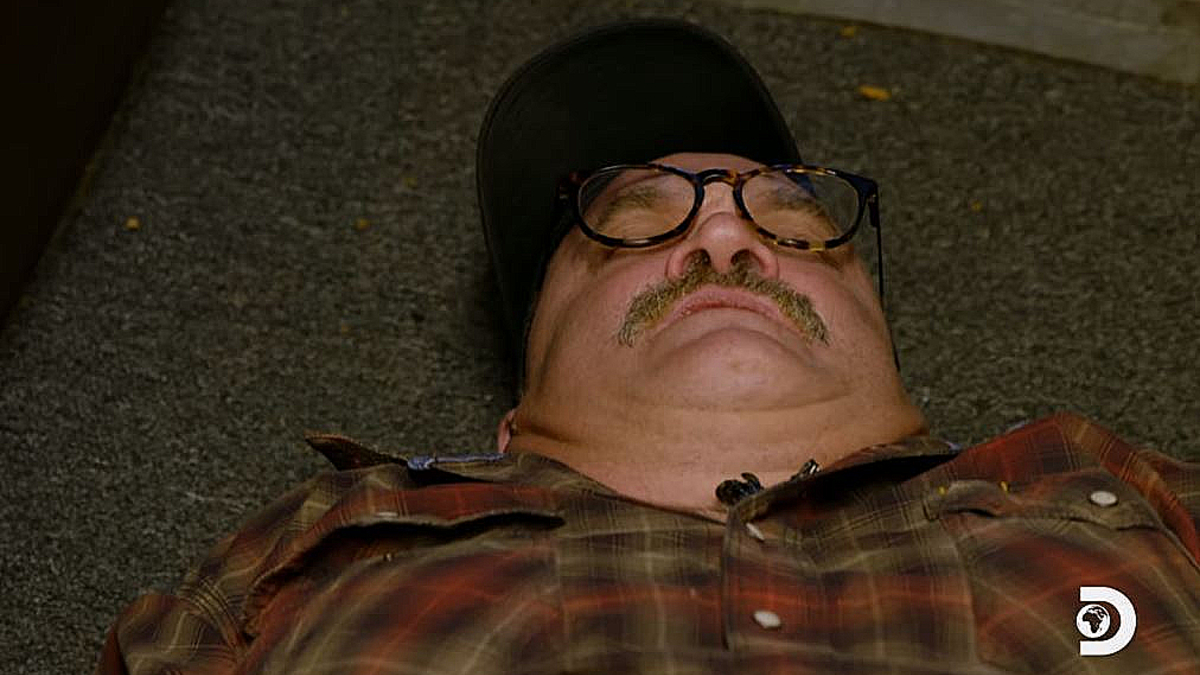 On Deadliest Catch on Discovery, it is all hands on deck of the F/V Wizard tonight as Captain Keith Colburn has another medical emergency and its serious. His brother Monte is summoned in TV Shows Ace exclusive clip.

There is no medical support for Captain Keith as they are near the Russian border, and the pain is growing and getting worse as the swelling is a concern for the man who has had his share of medical events in the last few years.

In the clip we are in the Captain’s cabin with Keith as he realizes he has a new lump in his abdomen and it is swelling up and causing him excruciating pain.

What happens on Deadliest Catch tonight

Capt. Keith is in severe pain on Deadliest Catch and the F/V Wizard is as far away from help as it can be.

In the opening clip, as pots are being unloaded on deck, Captain Keith says: “That’s the last thing we need right now…” He reached under his shirt to the center of his belly where he feels for the source of the pain, and adds: “It’s wrapping around and everything is starting to blow up on me. This is not good.”

And just as Captain Keith finds the northern school of crab, his hernia has now decided to act up and it finds him.

He radios down to his brother Monte who is on deck supervising the pots and unloading. He says: “Hey Monte, I’m gonna have you come up here and
drive…” Monte enters and his brother describes the pain in detail to him.  Keith says: “Go ahead, come on in, it feels like I’ve got a new protrusion.”

Keith describes the onset of the pain in detail and says that it all started with his back this morning, and that he has been in excruciating discomfort all through his midsection, and he knows he has got a problem as it feels different today.

Laying down on the floor of his cabin, Keith feels around his tummy for the source of the new protrusion and pain, but first he tells Monte: “I swear up feels like there’s an extra bulbs down there… oh, I’m gonna go lay down.”

Monte realizes his brother is out of commission for the moment and he knows where they are and how far away help is.

Back in Keith’s cabin, he is now laying on the floor and his shirt is raised as he feels for where the new lump is, and says: “This is the one that scares me… this is new right here, this lump is brand new…[points to his stomach] right there and it does not feel good

He is “pissed off” about this sudden health scare and says that the Wizard s too far out. Monte says: “We are 206 miles from Russia the mainland there’s no medical support whatsoever I mean zero.”

Past medical issues for Captain Keith

In 2018, he had dealt with a bacterial infection that attacked his spine.

In the 14th season, Keith revealed he has osteomyelitis — a severe bacterial infection — in his spine.

Osteomyelitis is serious but can be treated with surgery and intravenous antibiotics.

This is when Keith assigned his brother Monte Colburn, as captain. “I’m leaving the boat in your hands,” he told Monte. “That’s it, okay? You deal with the all the **t, the whole f**king shebang. You know what to do.”

Deadliest Catch airs on Tuesdays at 8p on Discovery Channel.