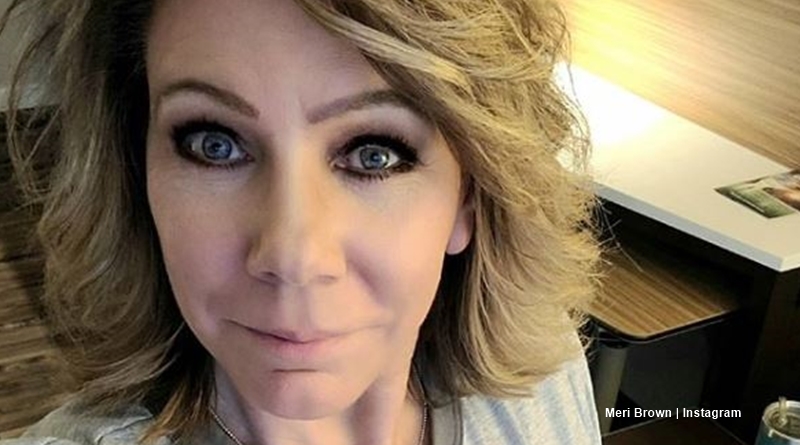 Sister Wives star Meri Brown locked down comments on her posts back in June. It came after people suggested she could use some work on her eyebrows. But, it also came after she let people know she’s sick and tired of them telling her what to do and how to live her life. Now, she finally reopened comments on her Instagram.

We speculated that closing down comments on her posts for everyone because of a few trolls probably damaged her popularity. In fact, we noted, “Meri seems to be punishing her followers right now for the actions of a few.” With chatter about a spinoff possibility, certainly, she could ill-afford the loss of fans. And, bear in mind, a lot of people got put off by the last season of the TLC show. While many fans think Meri doesn’t need the show, she makes a lot of her money off LuLaRoe who reportedly faces legal battles.

Admittedly, Meri’s also got her BNB, Lizzie’s Heritage Inn. But with COVID-19, that also took a hit with income. So, a new season of Sister Wives or a spinoff could remain vital for her long-term income. Anyway, finally, Meri Brown unblocked comments.

Meri shares a photo of herself using her laptop

It’s not clear where Meri took a photo of herself with her laptop. The old furnishings and stunning piano might be in the BNB in Parowan. She captioned her post with, “This year’s convention definitely had a more “homey” vibe to it, thank you #covid19, but still @lularoe hit it out of the park!” Then, she talked about how this year, they connected “via technology.” Additionally, Meri added, “So many tidbits of amazing info, so many things learned, an amazing way to spend a Saturday.”

Meri Brown really misses her “LuLaRoe family.” She loves those conferences, get-togethers, and travel and looks “forward to the time when we can be in each other’s space again.” Well, Meri next put out the positive that’s always lacking on the Sister Wives show, and said that she looks at making the “second half” of 2020 way better. LuLaRoe actually does a great job of training its sellers on using positivity to engage with customers.

A number of fellow LuLaRoe people commented on the post. One of them said, “Miss you friend so sad we didn’t have a fun weekend to hang out ❤️❤️.” Another person noted, “Our conference is next weekend! It was supposed to be in Nashville 🤠! Dang COVID!” But one person, well-meaning as they all suggest, commented on Meri’s toenails, albeit nicely. But one of the reasons Meri shut down her comments was for overly-intimate comments about her body.

Hopefully, now she re-opened comments, the Sister Wives star doesn’t close them down again because of that.

This years convention definitely had a more "homey" vibe to it, thank you #covid19 , but still @lularoe hit it out of the park! So grateful that even though things are crazy with all the social distancing right now, we are still fortunate enough to "social connect" via technology. So many tidbits of amazing info, so many things learned, an amazing way to spend a Saturday. I miss my people, my LuLaRoe family. I look forward to the time when we can be in each other's space again, to travel, to connect, to HUG! It's been an interesting (to say the least) first half of 2020, who's with me on making the absolute most of the second half?? ⚜⚜⚜ #LivingMyWhy #BecauseICan #LoveWhatIDo #LoveWhoIAm #LuLaRoeRetailer #LuLaRoeForLife #FlagstaffFashion #LuLaRoeVision2020 #2020Vision #SocialDistancing

What do you think about Meri re-opening her comments? Does that make you happy? Sound off in the comments below.