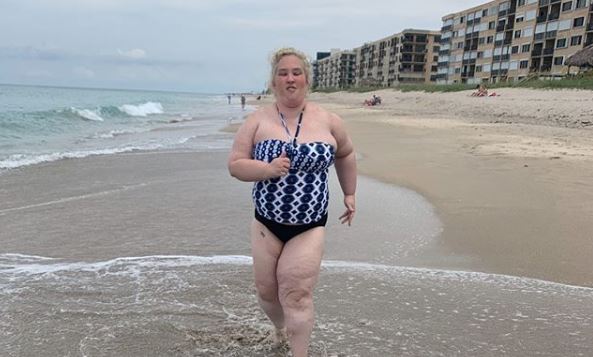 Mama June fans got quite excited when Gina Rodriguez announced her new show Happily Ever Altered. She shared the news about it on her Instagram. But, she assured her fans that Mama June won’t feature in the show that comes on July 22 from Lifetime. Actually, it follows other people rather than June Shannon’s family.

On the weekend, Gina shared a poster for her new show. She captioned it with, “So excited about this one! Follow Alexa and Matt on their makeover journeys to marriage on our NEW show “Happily Ever Altered.'” One fan asked, “Is June and the rest going to be on it?” Gina replied saying, “no.” Then another fan asked, “Will mama Jun come back on? I really hope so.” Gina explained a bit more. She replied, “this is not her show this is a different show.”

Most fans associate Gina with Mama June and her family. The long-running series, Mama June: From Not To Hot brought in really good ratings last season. People saw Gina comfort Alana Thompson a lot as her mom estranged herself from her daughters. But, the producer also works with other projects. IMDb reminds readers that Gina “wore worn many hats in her 26 years in the business. Working as an actress, published model, art director, writer, entertainment manager, publicist, wardrobe stylist, and Executive Producer.”

The one-hour special airs on Lifetime on July 22 at 10 p.m. ET/PT, The Blast confirmed. Ahead of their wedding, couple Alexa and Matt each undergo transformation surgery. They remain apart until just before their wedding ceremony. Viewers follow their journey as they get various surgeries done. These include “liposuction, a breast lift and implants, a tummy tuck, tooth replacement, and teeth whitening.”

The surgeries really bring any Mama June comparison to an end. After that, the couple then heads for the wedding either loving or hating the new transformation in their partner. Will new physical appearances change how they feel about each other and themselves? Many of Gina’s fans seem thrilled about the new show and can’t wait for it. So, possibly Gina Rodriguez scored another popular reality TV show. One fan wrote, “Looks like fun! Can’t wait to tune in.”

So excited about this one! Follow Alexa and Matt on their makeover journeys to marriage on our NEW show “Happily Ever Altered” airing July 22nd at 10/9c on @lifetimetv !! #happilyeveraltered #makeover #weddings

More of Mama June from WEtv?

Others involved in the production for Happily Ever Altered include Adam Reed, Adam Freeman, and Tim Cohen-Laurie. Plus, people like, Anthony Kotzev, Shura Davison, and Gena McCarthy also worked on it.

Disappointed Mama June fans might just need to be a bit patient for now. No announcement of a new season came for her. But potentially, new storylines become available as she and Geno work on their addictions in Florida.