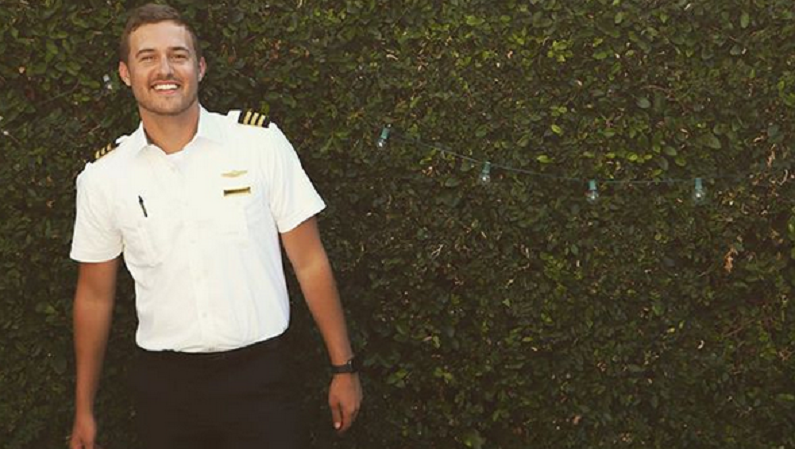 Peter Weber is clarifying his relationship with Madison Prewett. The two made headlines back in March when they ended their relationship just two days after reuniting on The Bachelor: After the Final Rose.

The couple fell in love during the pilot’s season of The Bachelor. But the pair decided not to pursue a romantic relationship outside of the show. They were just too different, and it was painfully obvious.

Bachelor Nation quickly learned that faith played a role in Madison’s life. During the hometown dates, Madison’s family told Peter that it was important for her to marry someone who could be a “faith leader.”

Before the fantasy suite date, she gave him an ultimatum he couldn’t stick to. So, it’s no surprise that the couple couldn’t keep their relationship going outside of the show.

The Bachelor alum confirmed to Entertainment Tonight’s Lauren Zima that they never dated. The 28-year-old said he never “committed to a relationship” with Madison after ending his engagement to Hannah Ann Sluss.

“To be straight up… we didn’t even get in a relationship again,” Peter explained. “I know they say, ‘Oh it’s 24 or 48 hours. That was the shortest relationship ever!’ We never committed to a relationship.”

The couple still had strong feelings for each other on After the Final Rose. Peter even told his mom that he loves Madison and wanted to make things work. Despite his feelings, Peter told ET that he and Madison’s reunion only led them to “talk things through.”

“That’s what occurred in the next couple of days, and we went our own separate ways,” Peter explained. “I don’t look back, she doesn’t look back – but I think some people think that we got back together. We never were back together.”

At the end of March, Peter spent time with Kelley Flanagan in her hometown of Chicago. The couple confirmed their relationship on May 2. But before they fell in love, they were good friends.

Madison Prewett was “hurt” by Peter’s relationship with Kelley

Peter Weber made it clear that they never dated. However, Madison Prewett had some hope for romance. Back in April, she revealed on Kaitlyn Bristowe’s Off the Vine podcast that she was “hurt” by Peter’s sudden relationship with Kelley. Madison said that two days before he spent time with the lawyer he was trying to get her back.

“He was, like, calling me and texting me [two days earlier], being like, ‘I miss you, let’s get back together,'” Madison said. “I mean, I think that to me was a little confusing, but I think, like, when you break up and you’re going through a heartbreak and you just came off a show that was emotionally, physically and every which way exhausting, everybody handles that differently. Everybody leans on different things.”

Peter responded to Madison’s comments on Instagram. He said that if she had “a little more respect for this situation” then she would know “there’s more to the story.” During his interview with ET, Peter admitted that the situation was “awkward.”

Peter Weber isn’t the only one who’s going through this awkward transition. Kelley Flanagan admits that things have been awkward for her as well. She used to be close to both Madison and Hannah Ann on the show. But now she’s only remained good friends with Mykenna Dorn and Kelsey Weier.

“That’s fine. There’s nothing wrong with that,” Kelley said. “I have no ill will towards Madison. I think she’s a great girl. It’s just this whole, the whole situation is like, awkward and that sucks.”

Hannah Ann and Madison reunited in Los Angeles. Meanwhile, Kelley and Peter continue to get more serious. The couple is in love and wants to live together in New York City in the next few months.