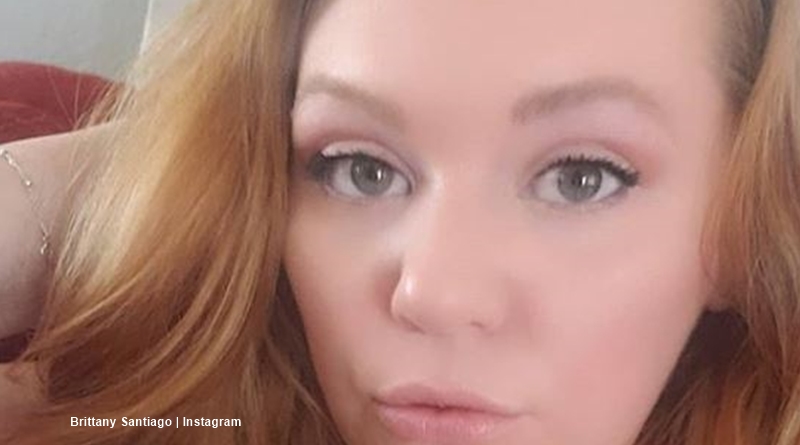 Love After Lockup star Brittany Santiago completed writing her book, One Woman’s Journey: Surviving the Streets back in January. The digital version came out and first, but the paperback became available soon after. The book’s available on Amazon. When it first came out, the few fans who purchased it described the book as impossible to put down. Now, more readers’ reviews reveal the book brings a powerful message.

Love After Lockup – Brittany Santago’s book not an easy read

One Woman’s Journey: Surviving the Streets released in April this year.  The preview talks about how she got involved in drugs. Plus, she talks about how growing up with alcohol meant a traumatic childhood. The book isn’t an easy read, and takes readers into some dark places. But the reality of it comes through clearly. The short extract on Amazon reveals that Brittany dug deep in her memory and brought the horrid side of her earlier years to life.

The Love After Lockup star wrote, “I was vaguely aware of all the meth heads and dealers in the room watching me fall apart. “Give her a shot,” I heard Chulengo say to someone. I didn’t know whom he was talking to or what he was talking about, and before I even tried to figure it out, a strange man kneeled on the ground next to me. He grabbed my arm and told me to try to relax. I lay there lifeless, watching him and not knowing my life was getting ready to take a turn for the worst.”

The book’s page on Amazon reveals that 88 percent of the reviews rated as 5-stars. The 331 pages apparently leave the ending open for a continuation. Nevertheless, verified buyers seem happy enough. Here are some of the reviews from them.

More than 70 similar reviews came in for the Love After Lockup star’s book.

Other ratings – 4 stars or less

Four percent gave the book one star. One reader complained because the cover seemed upside down. That reader felt the book came over a bit disjointed.  Meanwhile, two percent of readers gave it three stars. And, six percent rated One Woman’s Journey: Surviving the Streets at four stars.

Did you read Brittany’s book? What did you think of it? Sound off in the comments below.