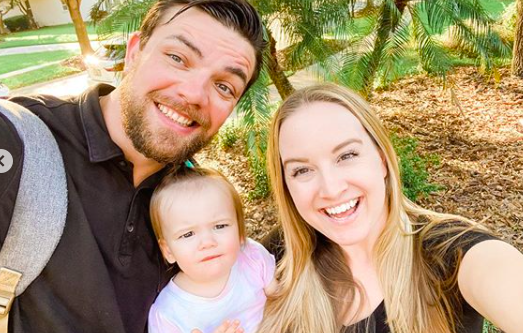 90 Day Fiancé stars Elizabeth Potthast and Andrei Castravet are once again bickering over the division of work between their genders. During the Sunday, July 12th episode of 90 Day Fiancé: Happily Ever After the couple visits Andrei’s family back in Moldova and the drama unfolds.

The pair is in Moldova visiting for their second wedding when their fighting starts up again. Ever since the beginning of their relationship, they have been fighting over what they believe the man and woman’s responsibilities are in the home. According to InTouch Weekly, Andrei stated that people from his country are more “energized” than Americans.

A post shared by Elizabeth Potthast Castravet (@elizabethpotthast) on Jun 21, 2020 at 7:31pm PDT

He went on to claim he didn’t mean any harm or offense by his comment, but it was too late. Elizabeth was mad.

She shot back at her husband in front of his parents at a family meal sarcastically asking him if that was why he had a job back in the United States.

According to Entertainment Tonight, Elizabeth later told cameras, “I don’t know what is going on with Andrei since we arrived, acting like this chauvinistic alpha male that talks about Moldovan housewife traditional roles when he lives in America and he’s a stay-at-home dad and I’m the breadwinner.”

Thankfully for the sake of Andrei’s parents, the language barrier prevented them from understanding. They did not appear to know that the couple was fighting and swapping insults back and forth.

Andrei and Elizabeth were first introduced to fans during Season 5 of 90 Day Fiancé. They first met when Elizabeth visited Dublin, and ran across Andrei working as a bouncer. But, it feels like nearly any time the 90 Day Fiancé stars are on screen there is another fight over gender roles. Andrei has definite controlling alpha-male attitudes that are always rubbing Elizabeth the wrong way.

Despite Andrei being the stay-at-home caretaker of their child, traditional gender roles and money issues are always coming up. So the pair’s most recent fight seems pretty on-brand for them.

Additionally, fans on social media have recently been accusing the pair of domestic abuse. Fans are starting to think Andrei’s alpha-male tendencies might be crossing some boundaries. But Elizabeth and Andrei deny those allegations.

So, what do you think of Andrei and Elizabeth’s constant fighting over the same issues? Let us know what you think in the comments below. Be sure to watch new episodes of 90 Day Fiancé: Happily Ever After Sundays on TLC.