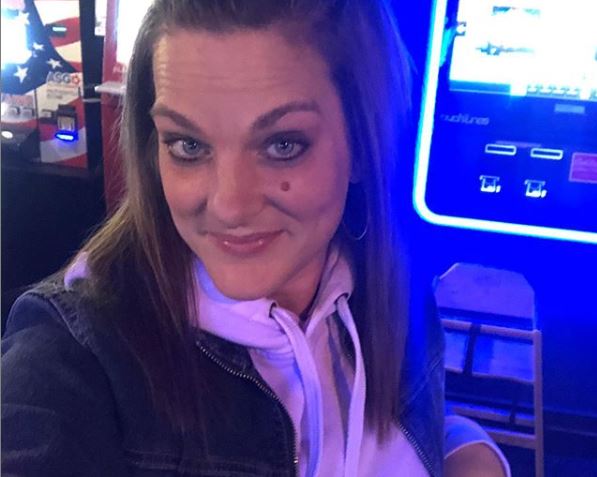 Unexpected star Shelly Morrison is sharing all about how happy she is with her new girlfriend.  She went to her Instagram page today to share a picture. Fans are excited to see that she has found love.

If you don’t remember, Shelly she is Caelan Morrison’s mom. She was seen on the show several times during the drama with Caelan and his ex McKayla Adkins.

Shelly Morrison has been posting pictures on her Instagram with her girlfriend for a bit. She just hasn’t really went into detail about the relationship. Today, it was pretty clear that she has found someone who makes her really happy. Check out the picture below.

Couldn’t have gotten through the past few weeks without you. Thank you babes ❤️ I’ve never been so happy 🥰

Shelly didn’t explain what has been going on in the last few weeks, though. It looks like she has found someone to make her happy, though. That is always a good thing.

She has shared about her girlfriend a few times on her Instagram. The recent post has her tagged. It turns out that her name is Brittany Smith. She posted a picture of them together just six days ago. These two look really happy together.

Her girlfriend also shared a few pictures where they went to Niagra Falls along with Shelly’s 16-year-old son. They looked like they were having a great time.

It is great to see that Shelly has found love. Fans only want her to be happy and it looks like she has been able to find someone that truly makes her feel that way.

How are Caelan and McKayla now?

Caelan and McKayla are not together anymore. It looks like they have moved on and won’t be working things out. This couple has been through a lot of drama. It doesn’t seem like they want to be together. Hopefully, they can find a way to co-parent considering that they do have two children together.

They did go through counseling in the past, but that didn’t work for them. They have even lived together. It seems like no matter what this couple does, they just aren’t meant to be. Hopefully, that can find the right person for them in the long run.

Don’t miss Unexpected when it returns to TLC with new episodes. It has been confirmed that it is coming back, but an exact date hasn’t been shared yet. The couples haven’t been announced either, so it will be interesting to see who comes back.