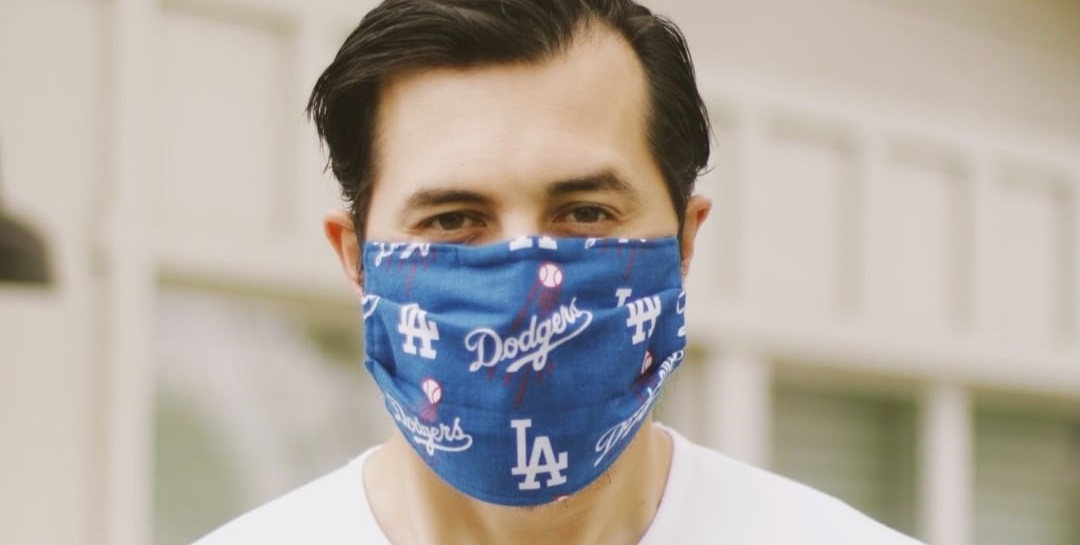 Jeremy Vuolo inadvertently sparked a face mask debate with his latest post on Instagram. While he didn’t participate in the debate in his comments, the picture itself made his thoughts on the debate clear.

The Counting On star took to Instagram to share a photo of himself sitting in a café. Jeremy Vuolo was looking extra suave as he donned a dapper full suit and tie. The TLC personality intended this to be a light and funny photo as he tried to crack a joke in the caption.

“P.s. always remove your mask before drinking coffee.” Jeremy joked in the comments.

Noticeably, Jeremy did have a blue facial mask on while sitting across the table from a man who was not wearing a mask. The TV personality had a coffee tightly gripped in his hand. Many wondered if he mistakenly forgot to remove his mask before taking a sip.

This joke, however, was reassuring to those who support wearing a mask. As Jeremy forgetting it was on his face meant he’d adjusted to wearing it in public so well that he hardly noticed it on his face.

Now, beyond the fact that he was actually wearing a mask while in public. Jeremy Vuolo’s post did not give an opinion on wearing facial masks one way or the other. Wearing facial masks has become mandatory in more and more places as of late. In some places, people can even face fines for not wearing masks.

“Thank you for wearing a mask. Thank you for believing the [scientific] facts and being a good American, looking out for your fellow brothers and sisters. God bless you and God help the people who don’t think they need to.” One individual penned in a comment that was liked nearly 50 times.

In response to the comment above, many were quick to argue against it. Some noted they would love to see the “scientific facts” supporting wearing masks.

In completely separate comments, some noted he could just “not wear a mask” at all. These comments were met with just as many people shutting down why not wearing a mask was a good idea.

Fortunately, one individual opted to add to Jeremy Vuolo’s comedy and not comment on the facial mask debate at all. “In which case it becomes a….coffee filter.” The individual joked.

So, do you have an opinion on face masks? Do you like seeing Jeremy Vuolo wear one in public? Sound off in the comments down below.

What Is Former ‘Counting On’ Stars Josh & Anna Duggar’s Net Worth?
Wait, What? Does Isabel Roloff Plan To Raise Her Baby In A Van?
Lauren Luyendyk Hospitalized Weeks After Giving Birth To Twins
Will There Be ‘When Calls The Heart’ 2021 Christmas Movie?
Isabel Roloff Reveals Secret Baby Bump Progression Pictures