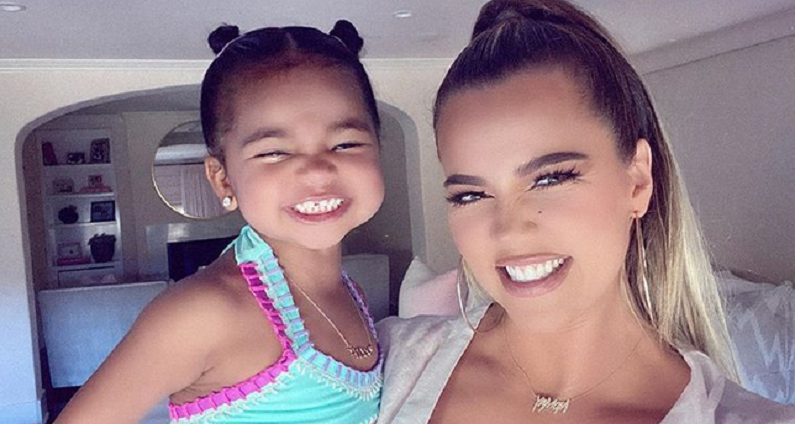 Khloe Kardashian spoke exclusively to Andy Cohen. She didn’t have to pay a virtual visit to the Clubhouse to give an update. Instead, the Keeping Up With the Kardashians shared a clip of her chat with the Watch What Happens Live host. Once they started talking, Andy brought up her ex-boyfriend, Tristan Thompson.

At least that’s what Khloe claims. She previously hinted on social media that they’re not dating. But, she made it clear that they’re just good at co-parenting. The former couple has reportedly grown closer during the pandemic. Khloe and Tristan have quarantined together at her Calabasas home. Find out what she has to say about their relationship.

Andy Cohen asked Khloe Kardashian asked her about her daughter, True Thompson, as per E! Online.

“Is True on your show?” he asks the reality star. The reason why he brought up the question is that he’s wondering if he should feature his child, Benjamin Allen Cohen, on television.

“Cause my mom is getting on me,” Andy explained. “She’s saying I’m posting too much of Ben. She’s like, ‘You can’t do this, he didn’t choose this.'”

Khloe said she’s a total “Calabasas mom.” She has the same issue that Andy is dealing with.

Andy called Khloe the “coolest” mom ever. But the conversation shifted to her personal life. She joked that he should just ask her about “last gynecology appointment.”

Andy Cohen wanted to ask Khloe Kardashian about her personal life. More specifically, how things are going for her and her baby daddy.

“You know what, Tristan and I are in a really good space,” the Good American founder responded.

Andy said that “if anyone could get in a good space with him,” meaning the NBA star, then it could be Khloe. The 36-year-old said that it brings more peace to their lives. She would rather have an easier time with her ex than to complicate things.

“It’s like, I have to be an adult,” Khloe explained. “Why make it difficult for myself for the rest of my life? I have to deal with him. And he’s her dad and he’s a great dad to her.”

“So I’m not gonna drag my feet,” she continued. “I’ll make it as good as I can. Because that would just be harder on me.”

Khloe and Tristan ended their relationship last year. That came on the heels of the basketball star’s alleged cheating scandal with Kylie Jenner’s former BFF, Jordyn Woods. Back in 2018, Tristan allegedly cheated on Khloe when she was pregnant with their first daughter.

Rumors swirled earlier this month at Khloe’s 36th birthday bash. She was spotted with a huge diamond ring on her wedding finger. The pair also looked quite cozy together. Ahead of the party, Tristan posted a heartfelt tribute to Khloe on Instagram. Khloe responded with a series of cryptic quotes about loyalty on her Instagram Stories. But she denied the reconciliation rumors on Twitter.

What are your thoughts on Khloe Kardashian and Tristan Thompson? Sound off below in the comments.