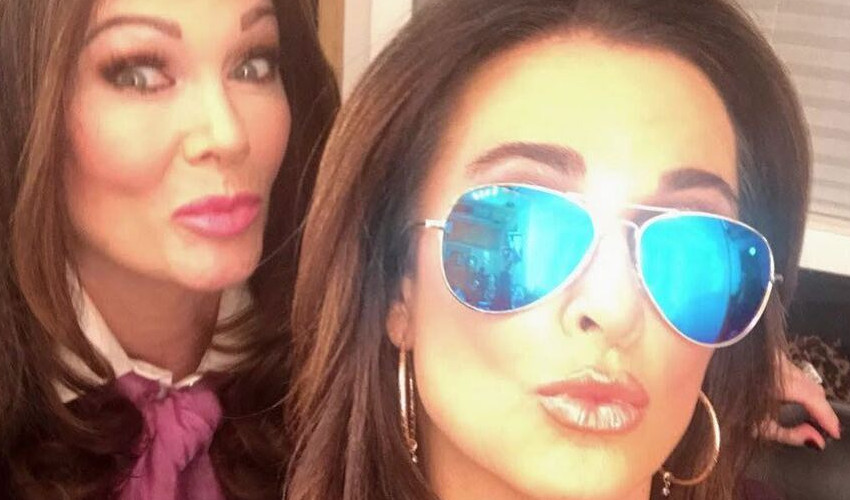 There’s certainly no love lost between former The Real Housewives of Beverly Hills co-stars Kyle Richards and Lisa Vanderpump. The once-close friends had a falling out during Season 9. Lisa ultimately quit the show partly due to the feud. In the time since, Kyle and Lisa still aren’t speaking.

However, Kyle had a response to the rumors of Lisa’s restaurant closing. It’s not a surprise. Find out why.

About two weeks ago, online gossip speculated that one of Lisa Vanderpump’s several Los Angeles-area restaurants would not reopen after the coronavirus pandemic. The restaurant in question, Villa Blanca, has been closed since March due to California mandate. While some restaurants reopened earlier this month, an increase of COVID-19 cases has caused them to close again.

None of the RHOBH star’s West Hollywood eateries reopened, though her Las Vegas Cocktail Garden is currently open. In addition to Villa Blanca, Lisa owns PUMP, SUR, and TomTom restaurants in Los Angeles, California. SUR is, of course, where the action on Vanderpump Rules goes down. VPR stars Tom Schwartz and Tom Sandoval have a small stake in TomTom, which bears their name.

Of her L.A. restaurants, Villa Blanca has been around the longest. However, speculation grows that the restaurant is closed for good. Reportedly, the restaurant lost a lawsuit regarding workplace harassment, prompting the co-owners to file bankruptcy.

Again, the rumors are rampant but as yet unconfirmed.

Kyle Richards Weighs in on Close: ‘Didn’t Surprise Me At All’

The rumors are so rampant that RHOBH star Kyle Richards heard about them. In addition, it was brought up by Andy Cohen during her recent appearance on Watch What Happens Live. Andy asked if Kyle was surprised to hear about the closure, Us Weekly reports.

Kyle hesitated for a moment before saying that restaurants in L.A. were having a hard recovery from the pandemic. She said, “All the restaurants are so hard hit in Los Angeles. It really didn’t surprise me at all.”

RHOBH Heats Up Next Week With Brandi Glanville’s Return

The Real Housewives of Beverly Hills Season 10 just came back to TV after a short break. This week’s episode continues an argument between Denise Richards, Kyle and the other women. Kyle felt that Denise was ‘mom-shaming’ her earlier this season. The women have been unable to resolve the issue, despite many conversations about it.

A rumor from earlier this year, that Brandi Glanville had an affair with Denise, will play out on the show later this season. It appears to begin next week with Brandi’s return. Former RHOBH stars Camille Grammer, Eileen Davidson and Adrienne Maloof also make appearances in the upcoming episode.

In the preview for next week’s episode, Brandi and Denise seem ‘nervous’ to be at the same party. Viewers will have to tune in to see how it all plays out. Check out the preview below.