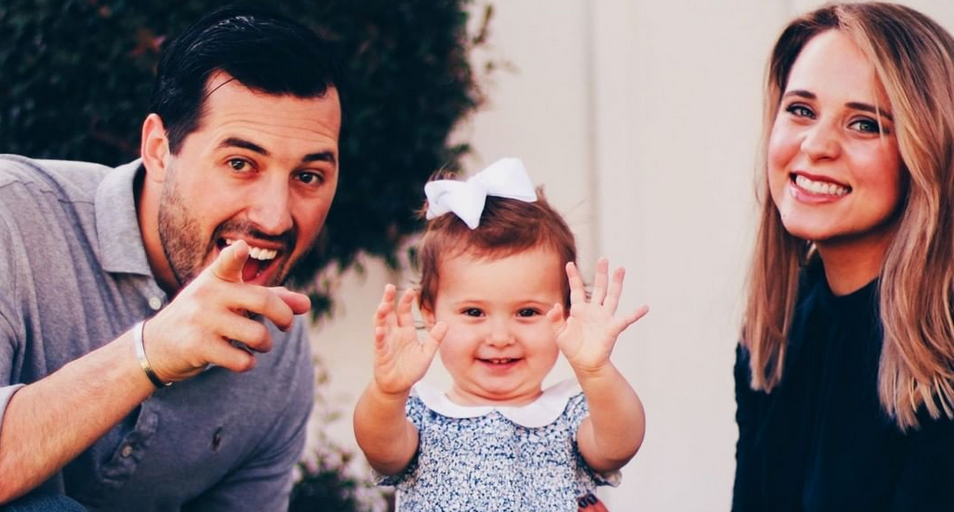 Jinger Vuolo took to her Instagram Stories a little over 24 hours ago to share what she likely thought was an adorable photo of her daughter Felicity enjoying pasta.

The fun photo features Felicity with her messy hair pulled back on top of her head. This was, presumably, to keep the hair out of the way while she ate. The picture features Felicity in a highchair with a large food catcher blue silicone bib around her neck.

Red pasta sauce coated Felicity’s face and hands. So, it was safe to assume she was eating spaghetti. Noticeably, the food catcher bib was doing a grand job as there were bits of noodles all over it.

Now, Jinger Vuolo was likely just giving her massive Instagram following a small window into her daughter’s day. Unfortunately, the photo was not well-received.

Jinger Vuolo called out on Facebook for her poor parenting.

A snapshot of the photo featuring Felicity Vuolo eating spaghetti in a bib was shared on the Duggar slam page called 19 Scandals and Counting. Now, to be fair, this particular Facebook page makes it clear that they are not a fan page. Neither the page nor the people who follow it rarely have good things to say.

It, however, turns out they do not really have an issue with Felicity. In fact, many took to the comments of the post featuring the picture wishing to adopt Felicity Vuolo. They noted the child deserved an opportunity to know what having a “good mother” was like. Some were even quick to defend Jinger. They noted she only had poor parenting skills because of her mother Michelle Duggar. 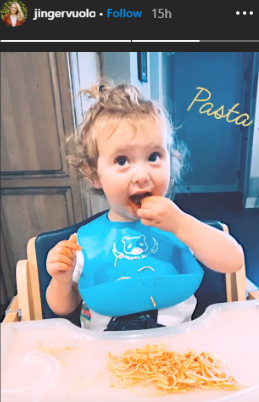 The Facebook page itself criticized Jinger Vuolo for using her daughter as a “prop.” This was something the family frequently got criticized for. Many grow tired of their constant staged photos of their life and their child. Do they ever post real or candid snaps? No one seems to think so.

But, why were so many people having an issue with the photo?

Felicity Vuolo is nearly two years old. Her birthday is a little over a week away. Duggar critics took issue with Felicity sitting in a highchair with a mound of spaghetti on the highchair tray. Why were they feeding her like she was an animal? Where was her plate and spoon? Many took issue with the mound of spaghetti being directly on the highchair tray. Did she not know how to use a fork and plate?

Some individuals took issue with her unkempt, messy hair. When did she last brush and wash her daughter’s hair?

Even on a slam Facebook page intended to critic and crucify the Duggar family, there were a few people rushing to support and defend. One individual noted they didn’t understand why everyone had a problem with the photo.

“Shes got clothes on, shes fed, shes got a home to live in, her parents both love her…. what’s the problem?” The individual penned.

Others, however, were quick to remind her this was a snark page. And she shouldn’t expect to see positive or supportive messages in the comments.

So, do you have an issue with Jinger’s photo of her daughter Felicity Vuolo? Tell us about it in the comments.