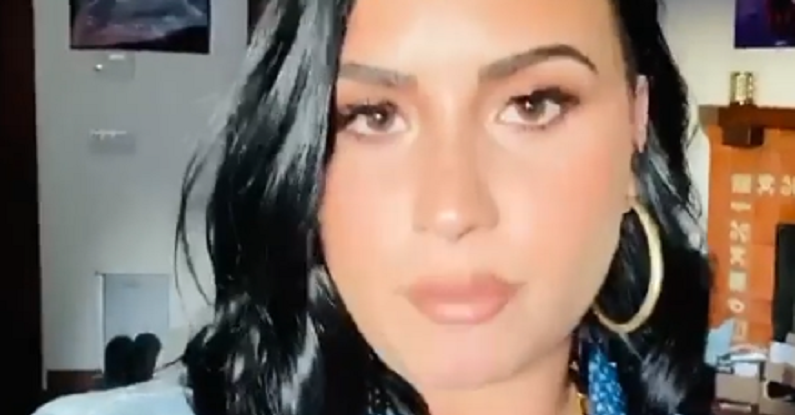 Demi Lovato is asking fans to pray for missing Naya Rivera. As TV Shows Ace reported, Naya Rivera from the television show Glee is reported missing. Her fans fear that she could be dead.

News broke that the actress is now a missing person. Previous reports revealed that her son is without his mom and now fans are scared.

Now, Demi Lovato and Glee stars are asking fans to pray during this difficult time. The I Love Me singer knows all about hardship. She survived a near-fatal overdose two years ago. She’s also a good friend of the actress. The 33-year-old Glee alum was reported missing on Wednesday, July 8 after an outing in Lake Piru, Ventura County, California.

Demi Lovato reacted to the news of the missing person case, as per People. The singer and several of Naya’s Glee costars asked fans for prayers that she’s found safe and sound soon. Demi appeared as a love interest for Naya’s Santana Lopez on Glee. She took to her Instagram Stories to ask fans for prayers.

“Please pray for @nayarivera to be found safe and sound,” Demi Lovato wrote alongside a photo of a lit candle.

“We need all the prayers we can get to bring our Naya back home to us,” Heather wrote. “We need  your love and light.”

Even reality stars like Bethenny Frankel took to Twitter to share the devastating news. “The story about @NayaRivera is the most horrifying thing I have read about in a while,” Bethenny wrote. “My heart goes out to her family. What a terrible trauma….”

Before her disappearance, Naya rented a pontoon boat with her son. They went boating and swimming.

The Sheriff’s Department told NBCLA that Naya and her son rented the boat around 1 p.m. Three hours later, another boater discovered her son in the boat by himself. He told authorities that Naya went for a swim, but never returned to the boat, as per TMZ. While Naya’s son wore a life vest, the actress did not. The adult life vest was on the boat.

An immediate search included the use of divers, drones, and helicopters. Unfortunately, the search is ongoing. Both fans and authorities fear Naya to be dead. On Thursday, authorities tweeted that the search will continue.

“The search for Naya Rivera will continue this morning at Lake Piru. The lake will be closed to the public while search operations continue. Dive teams from throughout the region will be assisting us through mutual aid.”

Demi Lovato previously shared her details on her hardships

Demi Lovato previously opened up about her difficulties with addiction, body image, and an eating disorder. She sat down for an exclusive interview with Bustle.

“I used to have people watching me the night before a photo shoot to make sure that I didn’t binge or eat and be swollen the next day,” Demi Lovato was quoted saying. “It’s just a totally different world now…I don’t prepare for photo shoots, even. I can eat Subway for breakfast.”

She had to switch management teams. Her old one wasn’t supportive when it came to her eating disorder. Demi credits her new manager, Scooter Braun, for helping her get back on track. He’s also helped other celebrities like Ariana Grande and Justin Bieber, who dealt with mental health issues in the past.

In the interview, Demi says she wants to focus on making music. She doesn’t want the focus to be on her body. The songstress wants to have a healthy relationship with her body. She also wants to enjoy making music again.

In the meantime, Demi Lovato and other Glee costars are asking fans for prayers during this tough time. Check back with TV Shows Ace for the latest news on missing Naya Rivera.