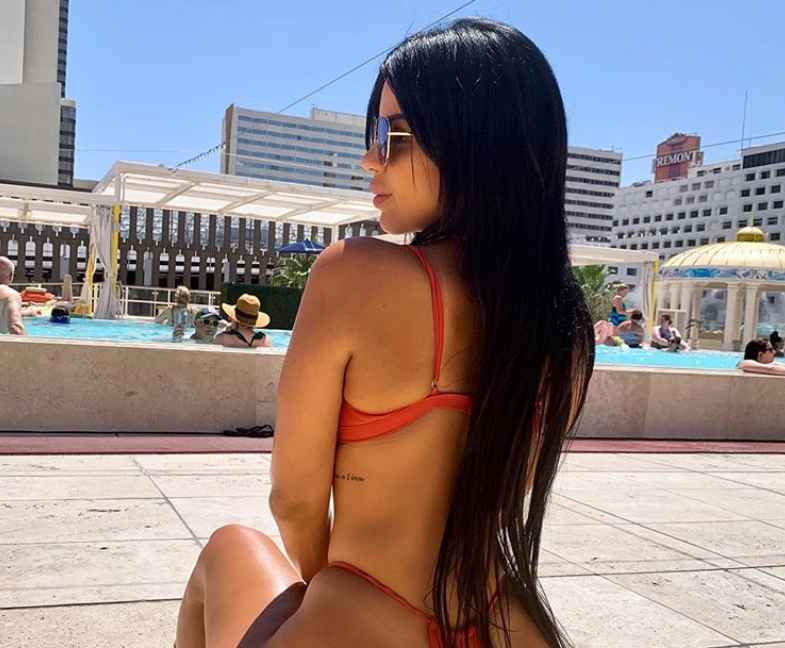 It was recently reported that following her deportation scare, 90 Day Fiancé star Larissa Dos Santos Lima was living the life in Las Vegas. The TLC reality star shared images of her hotel room and its views over Las Vegas. However, now it is time for Larissa to say goodbye to Las Vegas after living there for two years.

Larissa Dos Santos Lima has called Las Vegas home for two years. She had moved to Sin City to marry her now ex-husband, Colt Johnson. Following on from first her divorce from Colt and then a terrifying deportation scare, Larissa is now moving on.

The TLC reality star took to Instagram to announce her departure from Las Vegas and the Strip. She is planning to begin the next chapter of her life elsewhere in the United States. With her July 7 post, she included a sexy bikini shot. The teeny-weenie, red bikini reveals her incredible body following her recent weight loss.

For everyone that always asked if I would live in another state…. Vegas was my home for almost two years but now I’m exploring the change for a new begging in a different state I still love Vegas and would miss all my friends, partners and pools. I'm very happy to think about the opportunity to start again and left my past buried definitely on the desert sands. I will keep you all posted on the journey. #90dayfiance #newlife

Larissa goes on to make a moving and lengthy statement with the image. She mentions everyone who has ever asked her if she would live in another state. The TLC star continues by saying Las Vegas has been her home for almost two years. However, she is now exploring the change for a new beginning in a different state.

Larissa does say she still loves Vegas and that she will miss all her “friends, partners and pools.” However, she is happy to think of the opportunity to start again. Moreover, Larissa wants to leave her past “buried definitely on the desert sands.” She closes by telling her fans and followers that she will keep everyone posted on her journey from here on in. Many fans noted that the TLC reality star didn’t open up about her next destination.

While she has been spending time with her on-and-off boyfriend, Eric Nichols, it is unclear if she is moving on with him.

Happily Ever After? and its cliffhanger

As noted by The Blast, fans were left with a huge cliffhanger at the end of Sunday’s episode of 90 Day Fiancé: Happily Ever After? Right at the end of the episode, viewers heard Larissa could face deportation, thanks to Colt Johnson. However, despite them being left clinging to the edge of their seats, Larissa did console her fans.

They told me I couldn't dream high, so I dreamt higher #ariahotellasvegas #90dayfiance

Following the cliffhanger, Larissa went on to post a series of images and videos to Instagram. Each gave a view of her luxurious hotel room in Las Vegas with its incredible views. She had spent the Fourth of July holiday weekend with her beau, Eric Nichols. While gazing at her room with its floor-to-ceiling windows and her casual and sexy poses, it was clear she wasn’t going anywhere. That is, of course, until now.

However, fans can be assured that while Larissa is moving on to another destination in the US, she isn’t being sent home to Brazil!

Keep up with Larissa and her fellow cast members on 90 Day Fiancé: Happily Ever After? The next episode is set to air on Sunday 8/7 central on TLC.