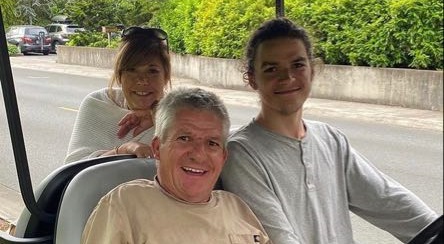 Little People, Big World fans can have peace of mind in knowing Jacob is still in his father Matt Roloff’s life.

Matt and Jacob Roloff were rumored to have a tense relationship.

Jacob Roloff had a pretty explosive exit when he left Little People, Big World. As those who follow the show know, Jeremy and Molly Roloff also decided to exit the series. But, they didn’t leave with the same fireworks as Jacob.

In fact, Jacob spilled all the tea regarding his exit on Instagram. He explained his family looked like “characters” in a story. And, he was over seeing his family pretend to be people that they weren’t. Jacob Roloff also made it clear he wasn’t interested in being part of the reality TV world anymore.

Did leaving the show cause tension with the family? Some seemed to think so. In fact, someone close to the family told Radar Online that Jacob and Matt do not have the best relationship. The insider explained the tension had nothing to do with leaving the show, however. The tension stemmed from Amy and Matt’s divorce. As those who follow Jacob and Amy on Instagram know, Jacob and Amy are still close. They frequently spend time together.

I think when his parents divorced he put a lot of the blame on his dad. His mom was hurting for a long time, and he believes Matt was the sole cause of that — like his dad is the one that blew up the whole family.”

The LPBW father recently shared a photo of his controversial son.

Now, it was a little over a week ago that Matt Roloff shared a photo of his controversial son. Initially, the photo was overlooked by a lot of people. Why?

Well, it was buried in a collection of photos on his profile. Anyone who just scrolled through his profile without swiping through each photo in a post missed it. Media outlets, however, recently discovered this hidden gem and the topic has started to trend on social media.

Yesterday.. after wrapping up filming and farm chores for the week.. @carynchandler1 and I decided to break away and headed west for the 90 min drive to the small beach town — Manzinita! Had an amazing dinner with friends at a quaint little cozy Oregon coast restaurant @nknbistro … no sooner did we finish dinner – we ran into @jacobroloff45 (Izzy was at a friends house) walking his dogs down the main beach boulevard. Nice short visit with Jacob before heading off to see our friends new house they’re building. And bonus saw these Bull Elk and his cows hanging in the front yard. Nice! Have a great weekend out there !

“We ran into @jacobroloff45 (Izzy was at a friends house) walking his dogs down the main beach boulevard. Nice short visit with Jacob before heading off to see our friends new house they’re building,” Matt Roloff explained in the very long caption of the photo.

Did his followers notice the reunion?

After an Instagram post is featured via media outlets, it is common for fans to double back and leave fresh comments. So, the question is… Did his Instagram followers notice or comment on Jacob being featured in one of the snaps? Here’s what we were able to dig out of the comment section.

As we previously reported, LPBW fans have taken issue with Matt Roloff going out and socializing without wearing a mask. This judgment continued to loom in the comments of this Instagram post. Many questioned why they were not wearing masks. Others, however, clarified they could not exactly wear a mask while eating. So, the criticism may have overshadowed the picture of Jacob. 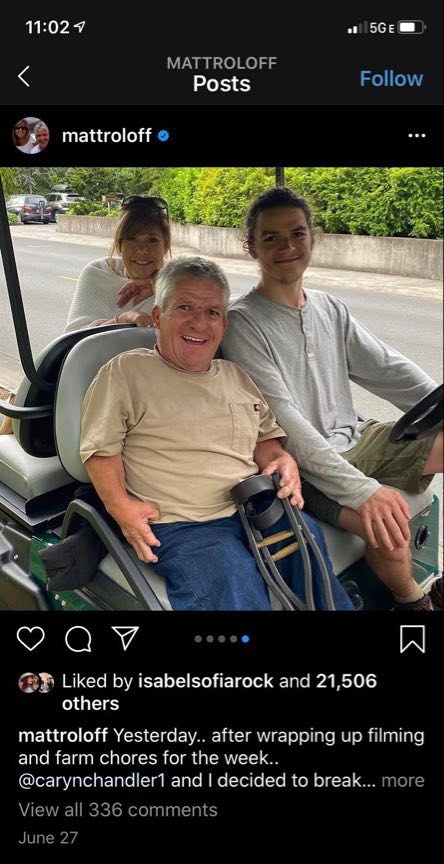 So, are you surprised to see Matt Roloff spending time with Jacob? Tell us about it in the comments!

Amy Roloff & Chris Marek Accused Of Weight Gain Prior To Wedding
Wissmanns & Duggars Have Been Friends A LONG Time: See Old Photo
How Many Episodes Are In ‘When Calls The Heart’ Season 9?
Candace Cameron Bure’s Workout Hilariously Interrupted By Furry Beast (SEE VIDEO)
Katie Thurston Shares Intimate Details About How She Got Chest Scar