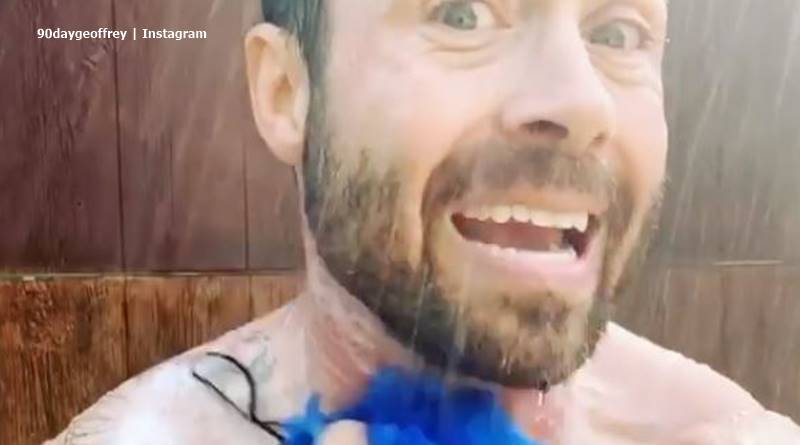 90 Day Fiance star Geffrey Paschell spoke with Domenick Nati during an Instagram Live. He dished more about his fun between the sheets than people really wanted to hear. Apparently, he slid in-between the sheets with about 500 different women. And, he suggests about 118 of those encounters happened by the time he turned 18.

Across the schools of the world, young boys boast of their prowess in bed. Teens become obsessed with the idea. But, most young men grow up and boast less often. Perhaps they gather around a barbecue occasionally and toss out the statistics of the women they conquered in their lifetime. But thankfully, few of them get onto Live interviews and spread it around the internet for the world to hear. Do young fans need to know how many women Geoffrey got into the sack in his lifetime?

90 Day Fiance fans now know Geoffrey averaged getting a different woman in his bed every month that he lived. Geoffrey fathered some children that fans know of. Perhaps a lot more run around with his genes in their jeans. According to statistics published by NBC, an average adult male between the age of 20 to 59 accumulates seven bed-partners in their lifespan. So, Geoffrey wins in the locker-room boasting corner.

Monster and Critics reported on the Live with Domenick Nati. The two men played “Never Have I Ever.'” Among other information you really probably don’t need to know, he talked about toys, favorite positions, and preferences. Plus, they engaged in a “strip poker.” They removed various clothing items according to questions they answered or didn’t, from fans watching the Live. Certainly, it seems that coronavirus isolation brings some lowering of entertainment standards.

90 Day Fiance star Geoffrey admits he despises Big Ed. Ed, known for doing Instagram Lives where young kids declare their love for him takes a lot of heat for that. Young female teens follow Geoffrey as well. Does that make it okay for him to talk about such intimate details of his life? Does the pot call the kettle black? Actually, more often these days, the TLC stars featured on 90 Day Franchise sell pictures of themselves in various stages of undress. Stephanie Matto’s unapologetic, and fans suspect other stars indulge in the same sort of thing. But, thankfully, most of them do that through private subscription accounts only.

The question isn’t about the conversation that went down with Domenick Nati, but why they chose a Live where any child could tune in and watch. Instagram offers parental controls parents can activate. And 90 Day Fiance, after all, isn’t x-rated. So, why would parents block that kind of content? How many young kids tuned in and heard about the conquests between the sheets? Maybe it’s time that Geffrey stopped throwing stones at Big Ed’s glasshouse.