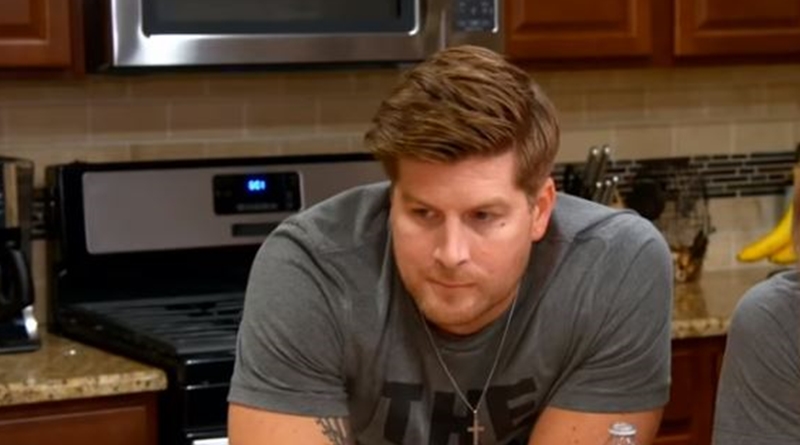 OutDaughtered wrapped up a very short season on Tuesday, June 30. The finale coincided with Uncle Dale’s birthday. Adam Busby gave his fans a shoutout and reminded them of the special day. Thousands of people responded and plenty of good birthday wishes went his way.

For those who don’t know, Uncle Dale (Dale Mills), is the dad to the Bubsy kids’ cousins, McKenzie and Bronson. His wife Kiki is Danielle’s sister. Not the focal character on the TLC show, he brings a lot of humor to the situation. The quints and Blayke adore him. Often, his “toilet” humor comes across on screen and tickles fans’ funny bones. In the finale. the kids learned about gasses and liquids. Dale’s simple contribution – farting!

Once, on social media, we noted that he joked about the toilet habits of Kiki And Lili, Danielle Busby’s sisters. Danielle shared a photo of the twins, Ava and Oliva. She wrote, “This too are so much a like…even to the point, when one poops the other poops 💩🤪, (sic).” Dale responded by saying, “Kiki and Lili are the same way.” But, OutDaughtered fans laughed a lot at his hashtags which included, “#twinturds, #sharethesametoiletpaper,” and  “#notcoronavirusfriendly.”

When Adam Bubsy shared a photo of Dale running on the beach, he also left a caption about his birthday. Adam wrote, ” Happy Birthday🎉 to this majestic stallion! The key to @dpmills10 heart is a whole bunch of attention, so go give him some love and wish him HAPPY BIRTHDAY and a follow if you aren’t already. #moveoverHasselhoff.” Between Adam Bubsy’s post and Kiki’s post for his birthday, Dale racked up over 2,000k comments and many more loves.

One OutDaughtered fan wrote, “Happy Birthday Dale. We love the humor you bring to the show!!! The girls are so lucky to have a fun uncle like you. Hope you have a great day.” Another one posted, “Happy Birthday Dale. Love watching you on Out Daughtered. I laughed my bu*t off watching you guys on the ski trip🤣🤣.” Another comment read, “happy birthday @dpmills10 🎂 You keep things fun! I thought you said you wore a thong way back when in the post where you were teasing the ladies about their bathing suit choices. 😉.”

Not every episode features Uncle Dale. But, fans know when he turns up, something funny comes along with him. The adorable quints, sister Blayke, and Adam and Danielle sometimes face problems. Sweet as they are, the quints seem a handful sometimes. And, on occasion, TLC focuses on domestic issues between Adam and Danielle. But, Uncle Dale steps in and saves the day for fans with simple laughter.

What do you think of Uncle Dale on OutDaughtered? Does he make you laugh? Sound off in the comments below.