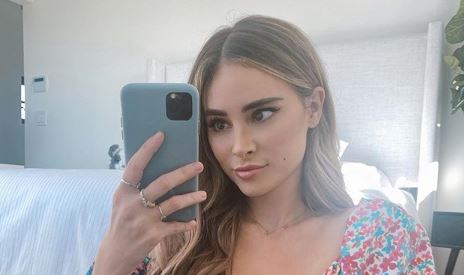 Amanda Stanton of The Bachelor is speaking out about how she has some co-parenting struggles with her ex. Amanda has two daughters from a past relationship with Nick Buonfiglio. The two were actually married back before she ever joined The Bachelor franchise. Us Weekly shared what she is saying now about how they don’t get along.

Amanda was talking to fans on her Instagram story on a Q&A. She didn’t hold back when it came to talking about her relationship with her ex. Sadly things aren’t great between them. When asked about how they are doing, Amanda didn’t hold back.

“I’m going to be honest because maybe it will help other single parents feel better if they’re in the same boat. I’ll never get into detail, but no, we don’t. I wish we did, but unfortunately, I don’t think we ever will.”

It does make things a lot easier when exes get along, but it is what it is. Amanda Stanton decided that it was best to just be honest with people about it. There is no reason to sugar coat it.

What is Amanda up to?

After not winning Ben Higgins’ heart on The Bachelor, Amanda has done Bachelor in Paradise as well. Sadly none of those relationships worked out for her. Amanda has been single for a bit now. If she has someone in her life, she doesn’t seem ready to tell fans about it. It is hard for someone like her to keep it a secret, though.

Recently, Amanda went to Palm Springs and shared about it on her Instagram. One person called her out for the fact she went out and then had a COVID-19 test. Amanda explained that wasn’t the reason that she had to get the test, though. Everyone has missed taking trips, but some aren’t ready to start doing it again just yet. Amanda Stanton just seems happy to travel again.

ootn. matching my houseplants that I’m struggling to keep alive 🌱

She also admitted that keeping houseplants alive is a bit rough on her. A lot of people can relate to that one, too. With COVID-19 a lot of people have been trying to do more things at home.