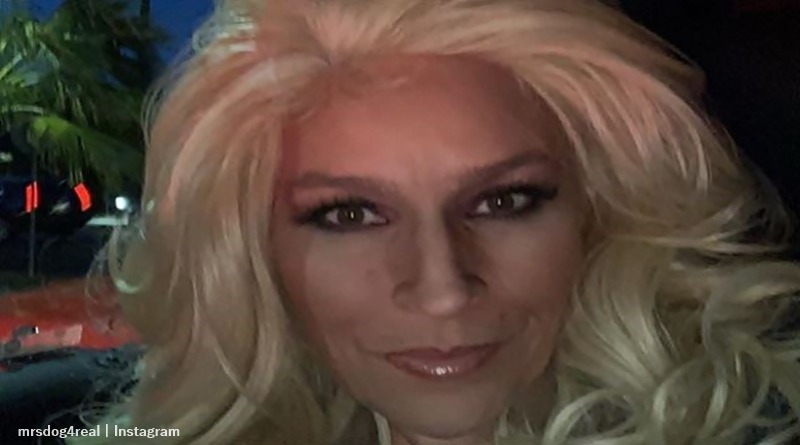 Dog the Bounty Hunter fans grieved a lot this time last year when word came that Beth Chapman passed away from throat cancer. She fought a hard battle but succumbed eventually and her family raced to the hospital. Dog Duane Chapman took her death very badly, although he knew her time was coming soon. Now the family remembered their mom and wife on the anniversary of her passing.

Cecily Chapman announced the event honoring her mom. Over on Instagram, she announced they planned a “paddle out…from Waimanalo Beach.” The special day involved prayers. She also invited fans to come out with their “boards and flowers so we can remember Mrs. Dog the right way.” For those who couldn’t make it to Hawaii, she suggested people “go on a walk, hike, and take a picture.”

Cecily later shared more photos about the former star of Dog The Bounty Hunter. She shared one of the sunrise hike. A photo of Dog and Beth sat in the grass with water and mountains in the background. She captioned it with, “#ForTheLoveofBeth 1 Year sunrise Hike.” The setting looked very beautiful at Hanauma Bay Ridge. In another picture, Cecily shared flowers in the water near the beach. Her moving caption touched a lot of Beth’s fans.

Cecily captioned the photo of the sea with a beautiful message. She first thanked everyone who helped remember Beth. Cecily described the day as a “great” one, “filled with love.” She explained that the occasion made her feel less sad. Rather, she felt happy about all the people who “truly love” Beth. Then, she ended by saying, “I’ll always be your number one fan mom I love you and miss you like crazy.”

Plenty of fans commented on Cecily’s post about her mom’s remembrance day. One said, “I was thinking of you all sending love from the UK. I lost my mum a year this August so I know the pain you feeling. my mum and [myself] used to love watching your family together xx.” Another fan said they climbed a mountain in Mexico. Yet another Dog The Bounty Hunter fan noted, “Beth was one of a kind, there will never be another like her. She is sooooo loved and greatly missed ❤️”

Thank you to everyone that participated in all of yesterday's events I had a great day filled with love for my mom. I wasn't sad, I was happy to see how many people truly love you @mrsdog4real and the people that showed up were the people that mattered most. I'll always be your number one fan mom I love you and miss you like crazy #ForTheLoveofBeth

Duane misses Beth but opens himself to love again

Meaww reported that Duane obviously misses his wife terribly. But he opened himself up to love again. They reported he “opened up several times since her passing.” They also reported about his new girlfriend, “Colorado rancher girlfriend Francie Frane.” They noted that “the pair got engaged in May.”

What did you think of the lovely anniversary tribute to Beth Chapman of Dog the Bounty Hunter? Did you take a walk and think about her? Sound off in the comments below.

‘The Bold and the Beautiful’ Spoilers, August 2-6: A Wedding For Steffy and Finn
‘LPBW’ Jackson Roloff Has What It Takes For His Own Show?
‘Seeking Sister Wife:’ Fans Are Behind Dannielle Merrifield All The Way On IG
Chase Chrisley Clears Air On Relationship Status With Emmy Medders
Wait, Did Katie Thurston Just Accuse Greg Of ‘Gaslighting’ Her?!