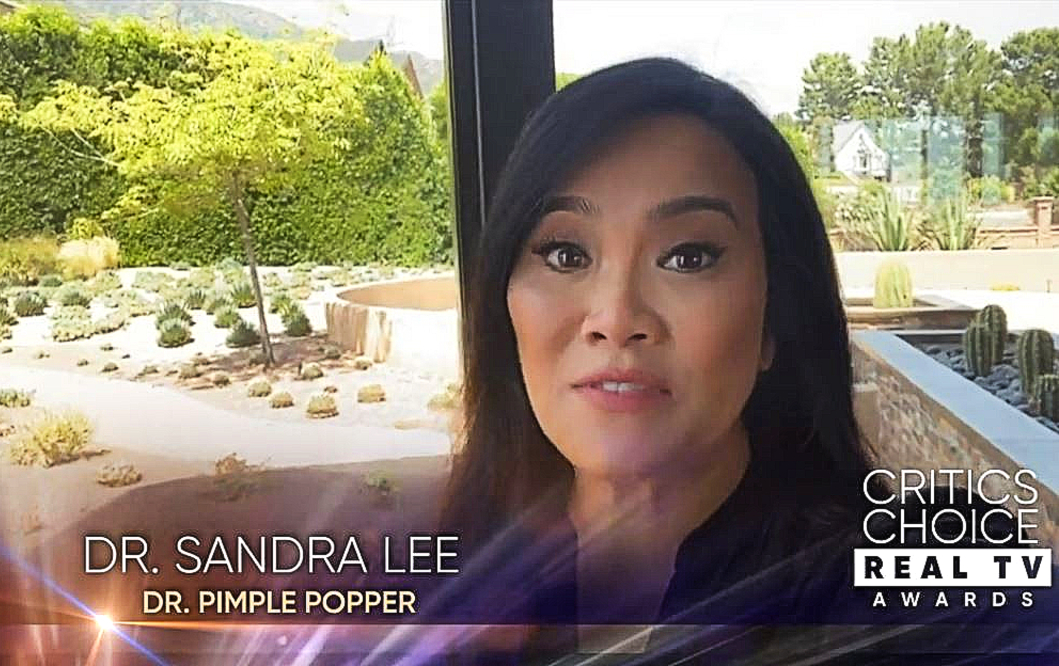 It may be the year of COVID-19, but that doesn’t stop award show season, and certainly not the popular Critics Choice Awards spinoff Critics Choice Real Awards that bestows honors to nonfiction television in every category.

The award show is now in its second year of determining the best of the best from submitted contenders by each network.  Critics are also allowed to choose from shows not formally submitted but that qualify in each time frame and category.

The 2020 Critics Choice Real Awards also allows the TV fans to vote on key categories such as favorite female and male reality TV hosts, and the popular Dr. Sandra Lee scooped up that “favorite female” award for her ongoing work on TLC’s Dr. Pimple Popper.

Also of note, Jeff Probst was the recipient of the Critics Choice Real TV Impact Award for his longevity and accomplishments in the genre.

And streaming behemoth Netflix is the biggest winner with eight awards in various categories.

The Critics Choice Association (CCA) and nonfiction producers’ organization NPACT are now in year two of the award show that recognizes excellence in nonfiction, unscripted and reality programming across broadcast, cable and streaming platforms.

The Culinary Show category was a tie, with Chopped and Top Chef both honored.

Probst is a four-time Emmy Award winner for Outstanding Reality Host. He has traveled the world serving as both host and executive producer for Survivor, which won the first-ever Outstanding Non-Fiction Program (Special Class) Emmy Award in 2001. This year marked the 20th anniversary and 40th season of Survivor.

For a special welcome and introduction from virtual emcee and Travel/Adventure Series winner Phil Rosenthal, watch his message here:

Dancing with the Stars (ABC)

**The World According to Jeff Goldblum (Disney+)

Gordon Ramsay’s 24 Hours to Hell and Back (Fox)

The Trials of Gabriel Fernandez (Netflix)

Abstract: The Art of Design (Netflix)

The Circus: Inside the Craziest Political Campaign on Earth (Showtime)

The Trials of Gabriel Fernandez (Netflix)

The Daily Show with Trevor Noah: Between the Scenes (Comedy Central)

While Black with MK Asante (Snap)

**Jeopardy!: The Greatest of All Time (ABC)

Next in Fashion (Netflix)

Ensemble Cast in an Unscripted Series

Dancing with the Stars (ABC)

Female Star of The Year

Male Star of The Year

Trevor Noah – The Daily Show with Trevor Noah: Between the Scenes (Comedy Central)

Outstanding Achievement In Nonfiction Programming By A Network Or Streaming Platform