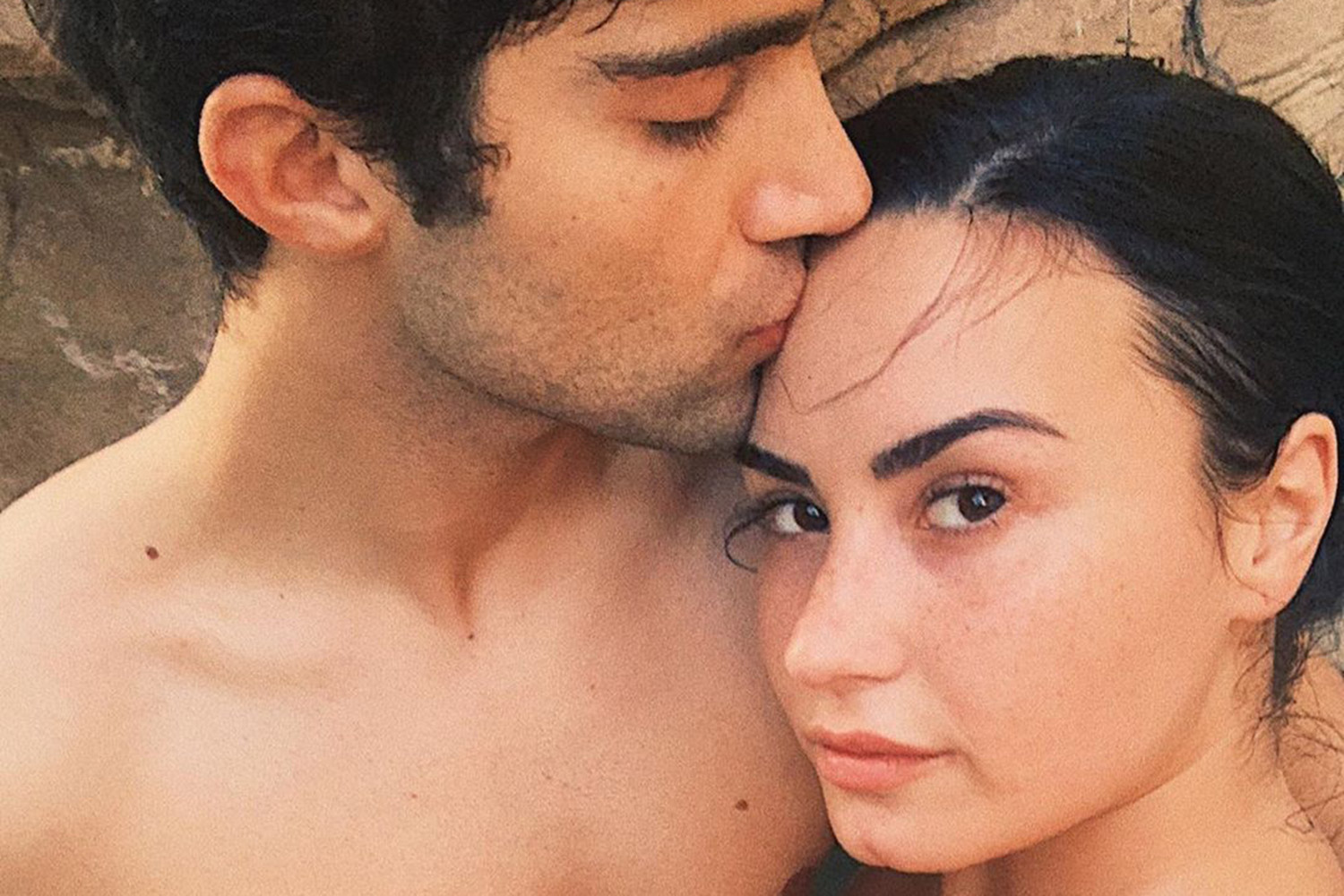 Demi Lovato used her social media platforms to wish her boyfriend Max Ehrich a happy birthday. She also showered him with love.

Demi and Max have gotten very close since they confirmed their relationship in May 2020; although, rumors about the couple started in March. They quarantined together at Lovato’s house and got to know each other better. The couple has been sharing photos of each other on social media throughout this time, and they have been making the rest of the world jealous of how cute they are.

Lovato called Ehrich, Young and the Restless alum, “a positive lil beam of light in my life”. Demi said she is looking forward to future birthdays. Lovato has struggled in the past and been very open with her mental health struggles. Seeing Lovato so happy and in love is a blessing for her fans.

BAAAYYBEEE – I have so much fun with you and there’s so many things I want to say right now but I want to be present and spend this bday with you so I’ll be quick: Being with you makes life SO MUCH FUN 😆😝 We literally act like hooligans on the daily and don’t give a FUCK if we’re embarrassing ourselves if others are around!! I spend my days with you, bare faced and in a bathing suit.. I feel unconditionally loved and accepted by you in a way that I’ve never felt before.. I can’t explain it or you.. you’re indescribable, you beautiful, man. Inside and out you are jaw-droppingly gorgeous.. You’re also such a positive lil beam of light in my life and I can’t wait to make more birthday memories together.. here’s to the future baby. I love you @maxehrich 💙💙💙💙 p.s. everyone swipe to see my dog Ella literally trying to steal my man… 🤣

The Confident singer has been showing even more confidence as she and Max have posted sexy pictures of each other in the pool. Lovato gushed, “We literally act like hooligans on the daily and don’t give a F— if we’re embarrassing ourselves if others are around!!” she continued. “I spend my days with you, bare faced and in a bathing suit.. I feel unconditionally loved and accepted by you in a way that I’ve never felt before..”

Is there anything the man can’t do?

Ehrich is an actor, but he has been showing off his singing chops on platforms like Facebook Live and Instagram. He seems almost too good to be true.

Ehrich has been good for Lovato on so many levels according to friends. They have said he is helping Lovato with her sobriety and continuing to stay healthy. Ehrich been a fan of Demi’s for a while. Lovato reposted an old tweet from Max that said, “All I wanted for Christmas was Demi Lovato. #CantAlwaysGetWhatYouWant.” Well, Max got what he wanted, and his birthday post is proof of that.

🎈blessed birthday 🎂 thanks for all the love

Looking to the future

Lovato has reportedly been introducing Max to her close friends via video conferencing, and one reported introduction was to close friend Sam Smith. In previous interviews, Demi said, “Anybody that meets Sam would be somebody that would be very important to me.” Demi further stated, “I wouldn’t introduce just anybody to Sam”. If this is the case, Lovato must be as serious about Ehrich as he is about her. Max responded to Lovato’s birthday message with, “I love you indefinitely baby”.

Had an amazing weekend in the magical desert of Joshua Tree with my love @maxehrich ❤️.. I went to work on a project but it was so nice to get away for a couple days.. thank you for making me so happy my dear.. I love going on adventures with you 🥰🌵☀️ p.s. thanks @lyndan99 for taking these sappy pics and bein our third wheel this weekend!! You rock 😝

This couple is giving fans all the feels, and they are here for it! Lovato and Ehrich are just starting out in their relationship, but they are already giving their fans relationship goals. Fans are looking forward to the future that this couple might share.