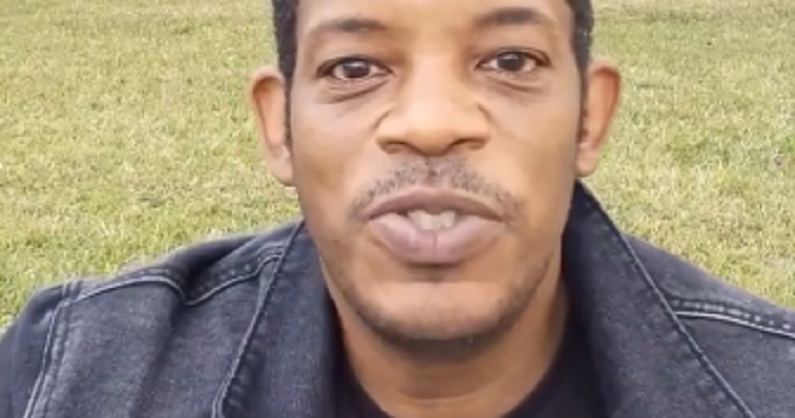 90 Day Fiance star Caesar Mack believes Maria moved on with Jesse Meester. Caesar appeared on 90 Day Fiance: Before the 90 Days last year. He wanted a relationship with a Ukrainian woman named Maria, who fans assumed was a catfish. Although the two never meant, Caesar still sent her thousands of dollars.

Viewers believed Maria wasn’t who she said she was. However, she revealed herself to TLC producers. Maria even appeared on the “Tell-All” episode. Caesar said that the two eventually met in real life in Kyiv, but he lost all of the photos. Maria met up with Jesse Meester, who is Darcey Silva’s ex-boyfriend.

Caesar Mack made an appearance on The Domenick Nati Show on Sunday, June 21. He discussed the entire Maria situation. As per The Blast, Caesar believes that Maria moved on with Jesse Meester. The two were photographed together a few months ago.

“Well, you know, that’s a good one right there because, actually, I really don’t know,” Caesar said at first. “With him, I guess we’re supposed to be acquaintances, or we’re supposed to be – not really friends, but – ‘Hey, what’s up, how you doing?’ That’s really about it.”

However, Caesar is not sure if the fellow cast members are really dating. But they sure did look cozy in their recent photos.

“Even though they said that they’re friends. They could have did something else,” the 90 Day Fiance star said. “We’ll never know.”

Caesar also addressed the claim that Maria allegedly made to Jesse. She said that Caesar pressured her to appear on 90 Day Fiance: Self-Quarantined. He denied the claim.

“What she did was she goes and she makes this f***ing lie and saying, ‘Oh, wow, Caesar’s pushing me,'” the reality star continued. “So she calls him up. And he’s like, ‘Caesar, what’s going on man? Why are you doing that?’ I’m like, ‘No. I’m not pushing it.”

Where does Caesar Mack stand with Maria?

The 90 Day Fiance star also gave an update on where they currently stand. He told Domenick that he hasn’t spoken to Maria in three months. He wants to move on from that chapter in his life. But he doesn’t have any bad blood with her. In fact, he still considers her as a friend.

90 Day Fiance fans learned about Caesar’s new girlfriend, Aya on Self-Quarantined. The reality star said that they met on Instagram and were friends for about six months before they started dating. While their relationship was “doing really good,” Caesar realized that Aya was just using him to be on TV.

“She just tried to basically play me. But she didn’t play me,” Caesar said. “I can’t. I’ve already been through that s*** already.”

Aya allegedly asked him for money. And that’s when Caesar pulled the plug on their relationship. Nowadays, he’s single and not wasting money on any woman.

‘My 600-lb Life’ Where is Pauline Potter now? Here’s Her Update
Audrey Roloff Has Something To Say About The Covid-19 Vaccine
‘The Young And The Restless’ Star Eric Braeden Gets COVID-19 Vaccination
‘Teen Mom OG’ Star Catelynn Lowell Opens Up About Her Miscarriage
‘Mystery At Blind Frog Ranch’ and the Skinwalker Ranch