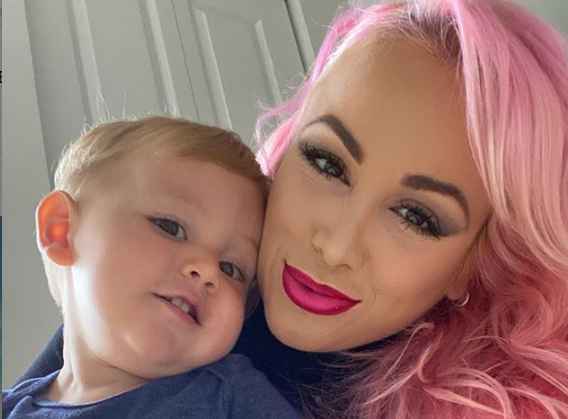 90 Day Fiancé: Happily Ever After? alums Paola and Russ planning baby No. 2?

Paola, Russ, and their baby boy Axel are a trio loved by fans and followers on social media. The 90 Day Fiancé: Happily Ever After? alums are still going strong. After Paola posts a steamy pic of herself and Russ on the beach, this brought forth the question of a baby sister or brother for Axel.

On the image, posted to Instagram on June 24, Paola, 33, wrote the caption, “Is love enough?” One follower picked up on a possible baby vibe. They wrote in a comment to suggest their son Axel “needs a sister or brother.” Paola’s response was pretty positive, as she agreed, saying, “He does!!!”

Paola and Russ having a romantic adventure

Russ is turning 33, so the pair has been having a romantic adventure. It is clear, even to their haters, they have come a long way since they first appeared on 90 Day Fiancé. The TLC reality star posted a video on YouTube, showing Paola and Russ preparing to go kayaking. They are obviously thrilled to be out in nature.

In the video, Russ says he is excited they are doing something active. Part of his birthday gift from Paola and was to experience firearm training. Paola says it is their first time shooting together. Up until now, they have been doing training separately with their coach.

Where 90 Day Fiancé stars Paola and Russ are today

As noted by In Touch, since they wed on October 7, 2013, Paola and Russ are going stronger than ever before. They first met when Russ traveled to Paola’s home country of Colombia on a work trip. Russ was employed as an engineer in the oil industry. Through the TLC reality show and social media posts, fans have seen them growing together as a couple.

These days the TLC reality alums lived in Florida with their young son. Axel was born on January 1, 2019, and is a totally cute little guy. On Father’s Day, Paola celebrated everything Russ has done for their family. She wrote a thoughtful message, saying “The universe didn’t make a mistake when it brought us together.”

Paola continues by writing that Russ is the best thing that has ever happened to her. Moreover, she says how lucky Axel is to have Russ as a father. She closed by thanking Russ for being who he is and for loving them the way he does.

Keep up the good work, Paola and Russ! Fans are now truly hoping for an Instagram post announcing a second pregnancy! A cute little sister or brother sounds like the perfect addition to the happy family.

Readers can keep up with other TLC reality stars on the spinoff series, 90 Day Fiancé: The Other Way, which airs on Mondays at 9 pm ET/PT on TLC.