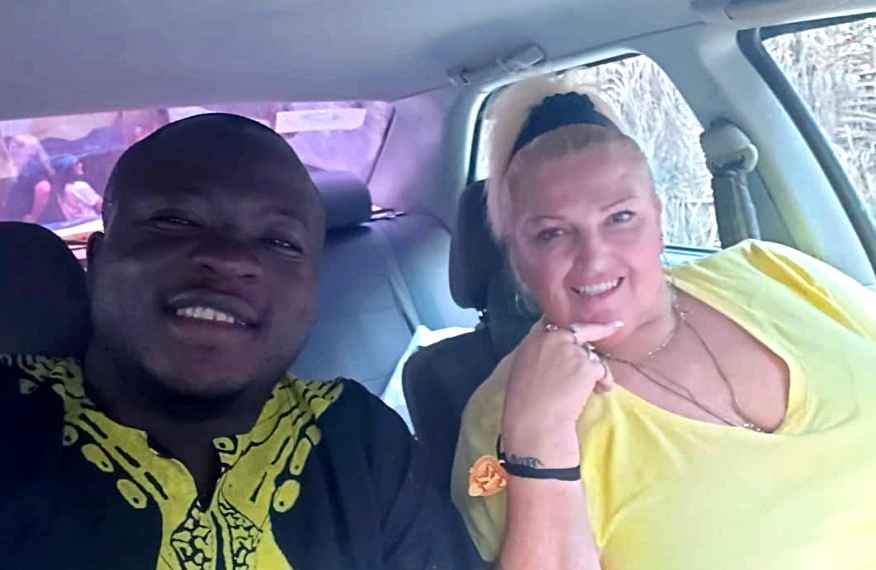 Haters on social media tend to stereotype others and this is the case with 90 Day Fiancé star Michael Ilesanmi. One such keyboard warrior claims on an Instagram post that Michael is only with Angela to get a “green card.” Ilesanmi claps back at the hater strongly.

Angela Deem and Michael Ilesanmi posted a video to Instagram on Wednesday, June 24. The video shows the 90 Day Fiancé stars “goofing” around in the car to music. Among the comments to the Instagram post, one hater claims Michael is only with Angela for a “green card.” The hater writes, “Oh my god micheal [sic] all this s**t for a green card oh lord this is Torture.”

It wasn’t long before the 31-year-old Nigerian hit back, making a passionate response to the hater. In his comment, Michael writes, “Dude. What’s your problem? This is Michael.” He continues “Is there something you [are] looking for or someone who hurt you? Why the hate? Please unfollow us OK, if you don’t like what you see [shaking my head]. One more silly comment from you, I’ll block [your] a** [I don’t care].”

Just last week, Angela speaks about their long-distance romance and the problems of getting Michael’s visa approved. This is so her husband can move to Georgia. She also confirms at that time they are both still very much in love.

In fact, she joked to Entertainment Tonight on June 17 that getting rid of Michael “is not easy.” She says that is real love. She noted that having been on 90 Day Fiancé four times, Michael could have moved on long ago. However, she has learned he really truly does love her.

The 90 Day Fiancé couple has been the target of many haters. However, Angela and Michael soon learned how to deal with trolls. Angela says in a response to haters, “I’m inviting [viewers] to see our journey, I’m not inviting you to tell me how I live my journey.” A woman of strong mind, she says at the end of the day, “Angela is going to do what she wants to do.”

90 Day Fiancé stars’ relationship has its ups and downs

Angela does admit there have been ups and downs in their relationship along the way. However, she confirms this hasn’t taken away her feelings for Michael She does say at her age, she has to be on guard. However, maybe she is on guard too much. Meanwhile, at the end of the day, she says Michael can tell fans there is nothing she wouldn’t give him if she could.

As noted by In Touch, Angela and Michael were wed in Nigeria in January. Fans only found out about this after photos of their wedding were leaked online. However, Angela has recently spoken up about her hopes to have a baby with Michael. This would give his mother the grandchild she yearns for.

Some bad news came out of the June 21 episode of 90 Day Fiancé: Happily Ever After? as Angela met with a gynecologist. She wanted to find out her chances of becoming pregnant. As she has recently experienced a period for the first time since she went through menopause, there is some concern. The doctor wants Angela to have an endometrial biopsy, in case of cancer.

Fans can only hope that a more positive update will come for Michael and Angela soon. Watch 90 Day Fiancé: Happily Ever After? on TLC Sundays at 8 pm ET.