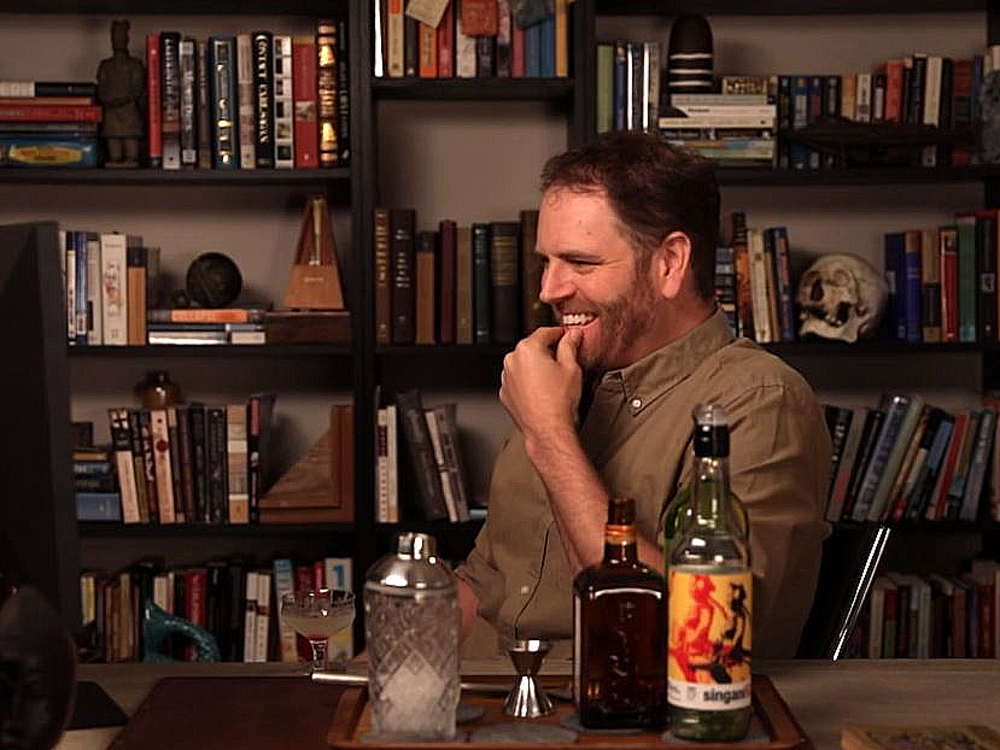 On tonight’s episode of Josh Gates Tonight, we learn his favorite Steven Soderbergh film is Solaris, as Gates gets to hash over the amazing career of Atlanta, Georgia native, Steven Soderbergh.

The award winning filmmaker talks about the film industry in total, and how despite the odds, he managed to fit into the business during the 1980s, a decade not known for the best films… and for larger than life filmmakers, some who self-destructed.

His film anecdotes are worthy of your time, and in classic Gates’ fashion, the interview is candd and refreshing.

The scoops run from insider details about Brad Pitt’s shrimp fixation to George Clooney’s work on the previously mentioned Solaris, as Gates and Soderbergh chew the cinematic fat over his career with craft cocktails safely via a video call.

Director Steven Soderbergh broke through in 1989 with Indie hit film, Sex, Lies and Videotape.  “I think we showed up at the right time,” he tells Gates. “People just seemed ready to really show up in numbers to an independent film. I think those planets just lined up”

Soderbergh is credited as the igniter of the meteoric 1990s independent film movement, and part of the rise and salvation of Miramax. Gates geeked out about Solaris and asked him about what drew him to the book. “The book has so many scenes that could turn into movies on their own…I have a very complicated relationship with it,” Soderbergh says.

Even the follow up to his huge hit Sex, Lies & Videotape was Kafka, starring Jeremy Irons. It was a biopic no one saw coming.  Later he earned an Best Director Oscar in 2001 for Traffic. His films also include Erin Brockovich, Out of Sight, Contagion, and The Limey.

The film Magic Mike and heist drama Ocean’s Eleven cemented his blockbuster status, and the TV series The Knick (Cinemax) also showed Soderbergh’s talent translated to the smallscreen too.

Josh Gates is our favorite brainy and witty host and he speaks with experts from across the globe to provide additional insights into past expeditions for his hit Discovery series, Expedition Unknown.

The series has seen strong ratings all around since its launch as Gates interviews a variety of celebrity guests including Shawn Johnson East, Terry Gilliam, Joel McHale, The Property Brothers, and shares updates and unseen footage of his worldwide adventures.