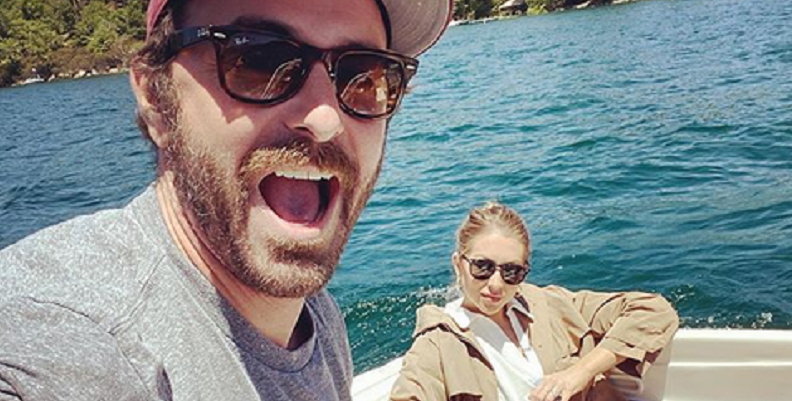 Beau first took to Instagram Stories to document their spontaneous road trip. The couple left Los Angeles following her firing from Vanderpump Rules. The VPR cast member shared a collage of photos, one of which included a photo of Stassi. Read on about the couple’s weekend.

As per The Inquisitr, Beau Clark took to his Instagram Stories to share several Polaroid photos with his followers. One of the photos featured Stassi staring into the distance with a mountain range in front of her. He only took a shot of the back of Stassi’s head. She wore a hooded denim jacket with her hair pulled back into a bun. However, it didn’t show the rest of her body.

Beau posted scenic photos that included a series of trees, a shot of water rapids, and one of a waterfall. While he’s been active on his social media account, Stassi hasn’t said anything about her exit from Vanderpump Rules.

She also hasn’t personally confirmed the pregnancy news on social media. As fans know, Stassi only confirmed her pregnancy with a statement through the media. That announcement came just days after Bravo fired her from the reality series.

This led to several cancellations, including the cancellation of her podcast, “Straight Up with Stassi,” her live tour, and her bridal column for Glamour magazine. On top of that, Stassi lost several endorsements and sponsorships. Us Weekly was the first to report the pregnancy news. Just months ago, Stassi revealed that she couldn’t wait to become a mom.

“I was seriously hoping to be pregnant because that is so much more important to me than even getting married,” Stassi told the outlet back in February.

Beau and Stassi had to postpone their Italian wedding due to the ongoing coronavirus pandemic.

On Father’s Day, Beau Clark shared a photo of a gift he received on Instagram Stories, per Us Weekly.

He also included the laughing and crying emoji. The book Beau showed was the 2011 publication titled,  How to Traumatize Your Children: 7 Proven Methods to Help You Screw Up Your Kids Deliberately and with Skill.

The couple’s pregnancy news came after the New Orleans native lost her VPR gig, along with Kristen Doute. Their former castmate, Faith Stowers, revealed that they reported a false police report for a theft she did not commit. Also, Brett Caprioni and Max Boyens were also cut from Vanderpump Rules for their past racially insensitive tweets.

Beau Clark proposed to Stassi Schroeder in July 2019. They both expressed interest in becoming parents.