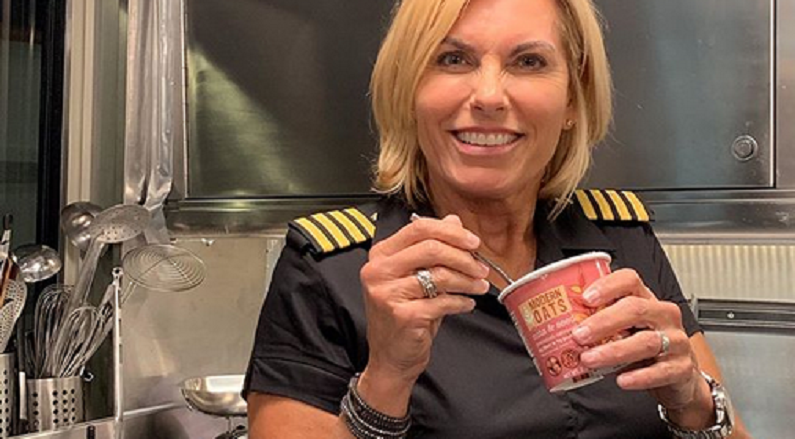 Captain Sandy Yawn teased the rest of the season of Below Deck Mediterranean. She said that it’s about to “get crazy” on the open seas. She also addressed the pandemic’s impact on the yachting industry.

Season 5 of Below Deck Mediterranean premiered on June 1. It’s already been rough on the high seas. Captain Sandy Yawn revealed in a new interview with Daily Mail that things are about to “get crazy.” She spoke to Daily Mail TV to talk about the upcoming drama. The preview shows her getting into an argument with chief stew Hannah Ferrier.

Below Deck Mediterranean Season 5 is just about to “get crazy”

Captain Sandy Yawn talked about the Bravo series. For the first time in the Below Deck franchise, there is a female lead in all three of the top positions. It’s also filmed on the biggest yacht in the history of the show. The show is about to get wild on The Wellington, the 184-foot mega yacht that’s home to Below Deck Mediterranean as it goes on its voyage around Mallorca, Spain.

“Wow. Wow. Whoa. Crazy.” Captain Sandy teased the upcoming season. “You know, really that would be it, like ‘whaaaaat’ Because it’s crazy! It’s going to be crazy. That’s all I got.”

The bridge can be a place of solitude and at other times it can be a very lonely place. It’s where the decisions are made. Sometimes it’s weather related, crew related or guest related. No matter what or who the decision is for it’s one that comes with great responsibility. #respect #responsible #superyachts #americanboatingcongress #lifeisgood #washyourhands #nevergiveup #live #music

Sandy previously revealed this was her most difficult season yet. She ran into many issues with the crew due to the size of the mega-yacht. There’s even a brush with the maritime law. Captain Sandy’s crew having two female leads is very uncommon in the industry. However, it’s not always easy, especially for the captain who had to deal with sexism on board.

Bosun Malia White deals with this challenge the most. She tried to gain respect from her deckhands, some of which called her “sweetie” in a recent episode. Captain Sandy commented on that matter.

“Leadership roles are very difficult to get for women in a lot of industries, especially maritime,” she explained. “You know, there are some great captains out there, very few compared to their male counterparts.”

Once she learned about the exterior’s disrespect for Malia, Captain Sandy called an emergency meeting and addressed the issue. She told them that calling the bosun “sweetie” is never right in any circumstance.

Unfortunately, there isn’t much yachting going on right now. The COVID-19 crisis left most of those in the travel industry out of a job. Captain Sandy revealed that the Cannes Film Festival and Grand Prix are usually busy times for yachting, but both were canceled due to the pandemic.

As a person who grew up in the recreation boating industry, I feel blessed to have made this my career. It wasn’t easy to “work” my up to the bridge however I stayed true to my course navigating the obstacles. Now it’s my goal, for the rest of my time on this beautiful planet, to encourage and assist the younger generation of women to advance in this incredible industry. Malia has worked hard to “earn” her title as bosun. Watch her this season as she navigates the obstacles that confront her. I look forward to witnessing her in action just like you! #belowdeckmediterranean #belowdeck #belowdecksailing #captainsandy #jsakids #womenempowerment #instagram #maliawhite #lifeisgood

“It’s affected it,” Captain Sandy said. She revealed that most of the “boats are just sitting and waiting” for the industry to pick up again. However, some are chartering private vessels in the coming months ahead.