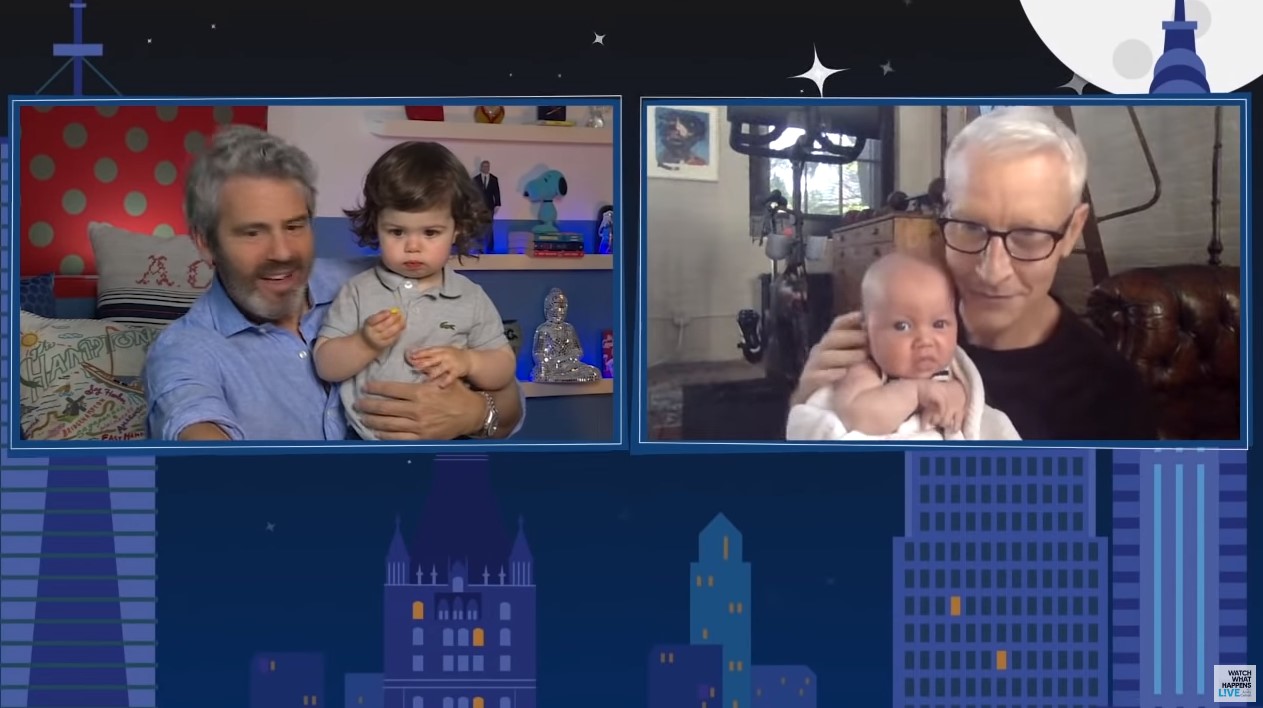 On Sunday, June 21, 2020, Andy Cohen aired a special Father’s Day segment of Watch What Happens Live. His son, Benjamin Allen Cohen, was his special live guest. Anderson Cooper, who has been a good friend of Cohen’s for many years, and his son, Wyatt Morgan Cooper, were his virtual guests. The boys of the famous dads met face-to-face for the first time.

Andy Cohen thought it would be fun to introduce the boys at that time. He told Wyatt that Benjamin would be his good buddy and talked about how they would travel together.

“Wyatt looks like a mini you, Anderson!” Cohen said.

EOnline! revealed that in the live episode, Andy Cohen said, “And if you like him half as much as I like his daddy, you’re going to be great friends.”

Cooper commented that “his lower lip trembles every now and then. It’s very adorable.”

Cooper revealed that his son’s middle name is Morgan, coming from a family name on his mom’s side. He found the name on a list of names that his parents considered for him before he was born, so he knew they liked the name.

“He is sweet and soft and healthy and I am beyond happy,” Cooper said.

Cooper shared the CNN announcement on Instagram and said, “Most of all, I am grateful to a remarkable surrogate who carried Wyatt, and watched over him lovingly, and tenderly, and gave birth to him. It is an extraordinary blessing – what she, and all surrogates give to families who can’t have children. My surrogate has a beautiful family of her own, a wonderfully supportive husband, and kids, and I am incredibly thankful for all the support they have given Wyatt and me.” Furthermore, he said it blessed his family to have them in their lives.

For the latest on Andy Cohen and Anderson Cooper, check back with TV Shows Ace.