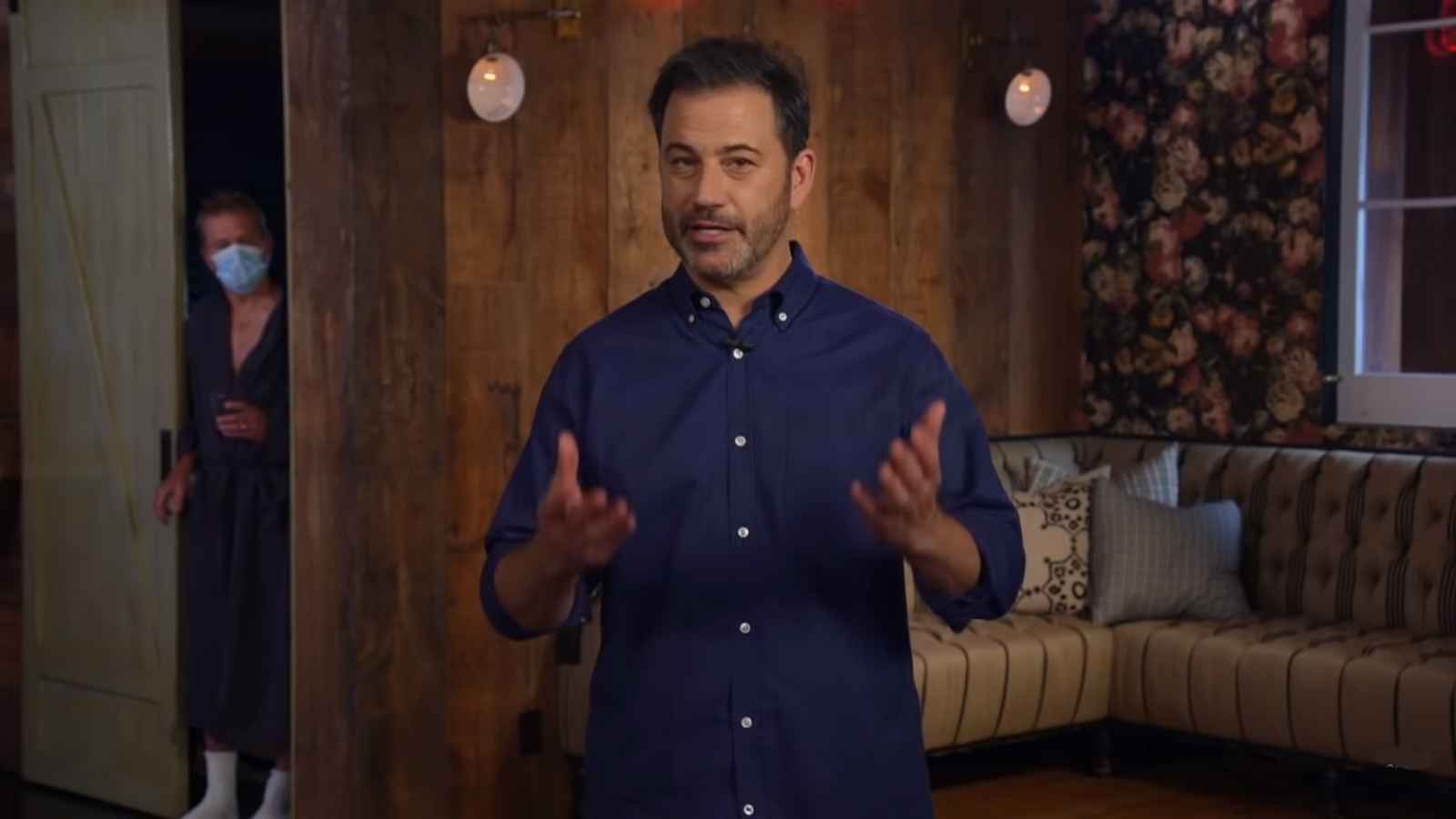 Most talk show hosts have been running their shows from home during the COVID-19 pandemic. This includes Jimmy Kimmel of Jimmy Kimmel Live. However, on his Thursday night show, Jimmy announced he will be taking the rest of the summer off. His aim is to spend even more time with his family.

While speaking on the show, Jimmy, 52, explains how he is taking the rest of the summer off. This was officially his last show for the summer. He explains in the clip below that he has been doing the job for almost 18 years, which adds up to 3,130 shows. Jimmy assures viewers there is nothing wrong and that he and his family are fine and healthy. However, he says he needs a couple of months off work. According to Jimmy, while he is on vacation, there will be a “cavalcade of very kind and capable people” filling in for him. Kimmel thinks viewers will be very happy with them.

As noted by People, during the clip, Jimmy is hilariously crashed by Matt Damon. Matt jokingly claims he has been living in Kimmel’s spare bedroom throughout the quarantine. As fans know, Jimmy and Matt have a long-running feud going on, and this is just a part of the fun.

Matt is upset to hear Jimmy is going on vacation and is disappointed that while Jimmy is off, he is also off the show. He then goes on to criticize Kimmel’s choice in books. Even worse, Jimmy then sees his wife, Molly, sneaking out of Matt’s room.

While Thursday’s episode was Jimmy’s last before his vacation, the ABC late-night show is also going on a two-week hiatus. The guest-hosted episodes of Jimmy Kimmel Live will start running from July 6.

Meanwhile, ABC announced earlier this week that Jimmy will host the Emmy Awards this September. This is his third time on the prestigious awards show. Kimmel will also executive produce the show. Speaking of the gig, Jimmy says he doesn’t know where or how they will do it, or even why. Despite that, they are doing it and he is hosting it.

ABC Entertainment President Karey Burke made a statement on Tuesday to announce the news. She said they know Jimmy will deliver a “uniquely entertaining, funny and moving Primetime Emmys show,” as he always does.

With the current coronavirus pandemic, the fate of the Emmy Awards has been under question. However, the awards show is scheduled to happen on September 20. The nominations will be announced by the Television Academy on July 28.

Let’s wish Jimmy Kimmel a relaxing and love-filled time with his family, which includes his daughter, Jane, 5, and his son Billy, 3, who he shares with his wife, Molly McNearney. Jimmy also has a 29-year-old daughter Katie and a 26-year-old son, Kevin with his former wife, Gina Kimmel.

Be sure to watch Jimmy Kimmel Live when the show returns from its hiatus on July 6. It will be fun to see the guest hosts that are standing in for Jimmy.