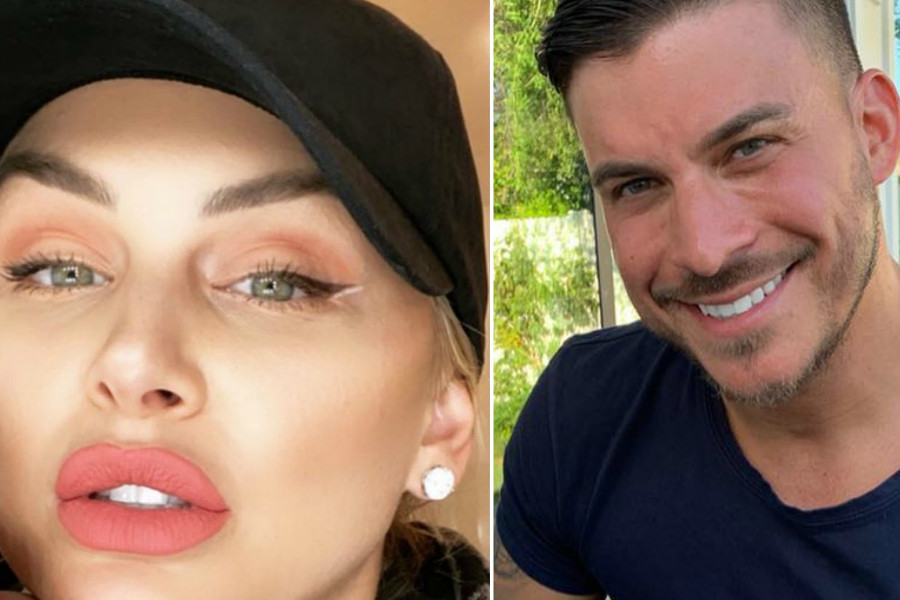 At the end of Season 8 of Vanderpump Rules, Jax Taylor said he had a  “sprained brain” that was causing him to lash out at his co-stars. During the Season 8 reunion, said co-stars tried to get Jax to seek help for his mental issues. And it did not go well.

When host Andy Cohen turned the topic to Jax’s behavior, the VPR star accused Andy of not liking him and always coming after him at the reunions. However, Andy explained that he was simply doing his job of hashing out what happened on the season. In turn, Jax claimed he doesn’t watch the episodes as they are on TV.

Stassi Schroeder told Jax that he was “instilling fear” in his friends by immediately jumping on the defense when they tried to help him. Jax retorted that he’s always willing to listen, except for advice from two people in particular: Tom Sandoval and Ariana Madix.

Jax has been feuding with his former close friend for months, both on-and-off screen. The former model has also attacked Ariana for being bi, as well as calling her a “garbage person.” He even said in the first part of the VPR reunion that he just simply cannot stand Ariana.

However, Tom and Ariana encouraged Jax to seek help. Ariana, who was open about her own mental health struggles, suggested Jax see a therapist.

At this point, Andy cut in to ask Jax about something he heard. Andy heard that Lala Kent’s fiancé, Randall Emmett, referred Jax to a therapist. Before Jax could confirm or deny, Lala spoke up. And what she said came as no surprise to Sandoval.

Lala said that recommending a therapist for Jax isn’t all Randall did. People reports that Randall made an appointment for Jax and paid for it out of his own pocket. Lala reveals that Jax simply never showed up to the appointment.

Sandoval chimed in that Jax didn’t attend because he doesn’t really want to change.

Rather than responding to Lala, Jax went on the defense.

VPR‘s Jax Feels Attacked By Everyone, Brittany Feels ‘Friends Don’t Even Love Us’ After Tough Love

At this point, Jax felt ganged up on and said so. He said, “is it pick on me right now or what.” His wife, Brittany Cartwright, agreed with Jax. She said to him that all of their friends on the VPR cast “don’t even love us.”

Both Lala and Ariana jumped in and assured Brittany that they love her very much. Sandoval told Brittany that no one is “coming for you.” Rather, they want the couple to be “proactive” about Jax’s mental health and seek help.

At one point, Jax said a line that his co-stars and fans are very familiar with. He said he’s a “work in progress.” At that, Ariana went OFF, asking Andy if they could change the subject instead of listening to Jax’s spiel for the next 45 minutes.

Ariana correctly said that Jax says those words at EVERY reunion. And the VPR producers backed her up for the television audience. A montage of Jax saying he’s a “work in progress” at every reunion since Season 1 aired.

At least one fan was concerned for Brittany’s safety. Toward the end of the reunion, Jax didn’t like what Brittany said. He angrily whispered for her not to contradict him in front of other people.

It didn’t seem that anyone on the panel heard it – or paid it much mind. However, one fan wanted to send Brittany a warning:

When Jax said, "Don't contradict me in front of people."….. Who else wanted to text Brittany…..? #PumpRules pic.twitter.com/aOrINs3RsW

Season 8 of Vanderpump Rules is officially a wrap. Tell us in the comments if you’ll miss Stassi and Kristen after their recent firings. Do you think Jax should seek help for his “sprained brain?”