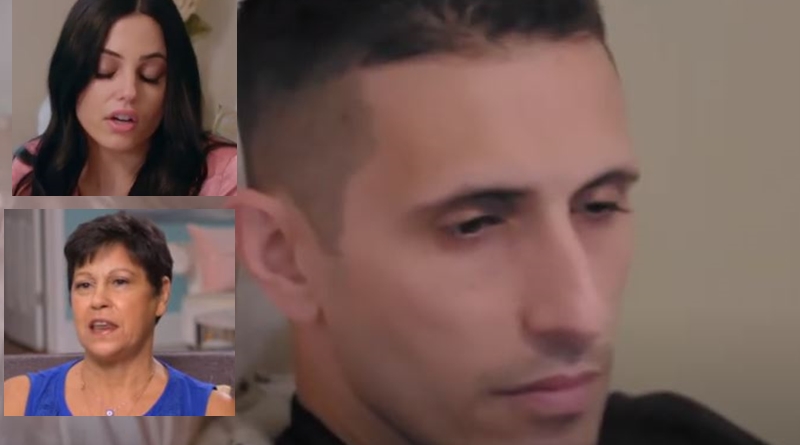 sMothered mom Laurie went on date with her daughter Sarah and her boyfriend Miguel. Laurie and Sarah are closer than normal and seems rooted in the fact that Laurie nearly lost Sarah as a baby. But fans slammed the fact that Sarah took her mom along for a date with Miguel. And, if that’s not enough, she also pressured Sarah’s boyfriend, Miguel to marry her daughter before she dies.

Sarah seems a bit more independent than other stars on the show as she and Miguel live in heir own home. But their close relationship means that Laurie calls her at night and talks Sarah to sleep. When they get together, they cuddle like lovers on the couch, and Laurie likes smelling Sarah’s baby teeth. The newcomers to the TLC show might not be as weird as Alena and Marcia, fans think, but some of them find it a bit creepy.

According to an interview by Monsters and Critics, the overly close relationship came about when Laurie nearly lost Sarah through health conditions. So, Laurie missed that instant bond with her infant baby. But it certainly looks like she tried making up for that. Sarah told the outlet that as a child she once saved her mom who passed out from her diabetes. So, the sMothered star still calls at night to make sure she’s okay. Nevertheless, critics on social media feel that Laurie’s closeness shouldn’t push Miguel into marrying her daughter. But it might not be a one-way street and possibly, Sarah wants a proposal as much as her mom does.

Bitch please, my mom has been on both types of dialysis for over 15 years now, she's fine. It's not a goddamn death sentence. This is a shitty, selfish, manipulative reason to pressure someone into marrying your daughter if they're not ready. #sMothered pic.twitter.com/VMY5hVw0fH

While the show suggested that all the pressure came from Laurie for a proposal, in her interview, Sarah admitted that she and Miguel shared their lives for “over three and a half years.”‘ So, “I definitely am ready for a proposal,'” she added. But on the show, fans see that Miguel seems reluctant to propose until he feels good and ready.  While it’s sad that Laurie’s not well and could pass away, many fans think it’s way off trying to force a wedding just so she can be there for the event.

One sMothered critic on Twitter wrote, “Sarah wants to be married soooo bad to this guy….but he’s standing his grounds….he’s not letting them punk him around. She should just leave if she’s that miserable. She doesn’t look happy.” One fan spotted the pressure seemed a guilt trip. They wrote, “Wow is she guilting Miguel into having him propose to Sarah? WTF, Miguel you do what’s right for you.” This follower put it bluntly: Omg Laurie using the kidney/dialysis card to get Miguel to propose to Sarah. How mortifying.”

What did you think about the fact that Laurie lays on the guilt to get a wedding proposal from Miguel? Do you think that Sarah and her mom work together to get something that Sarah desires? Sound off in the comments below.